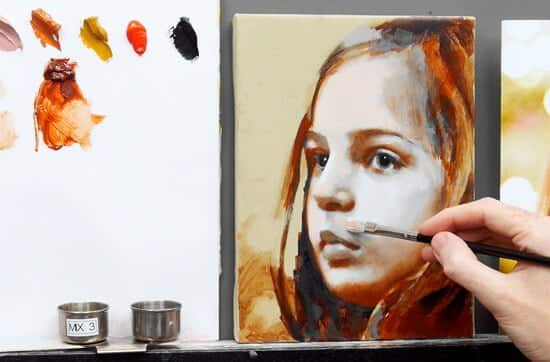 How to Glaze an Oil Portrait for Beginners Course

When I was trying to find my way in portraiture, I’d spend hours studying Old Master paintings thinking “Wow, how did they do that?”

Not only did the skin look realistic, but they’d managed to capture those bluish grey tones that lie just beneath the skin’s surface. In my naivety, I just couldn’t work out how you could paint one colour next to another colour yet create such a smoky transition.

I’d repetitively ask Vanessa, “When will I be able to paint the melt of the cheek you see on the Mona Lisa?”

Unhelpfully she used to say “Isn’t it just old?”

And then I discovered oil glazing…

Glazing a portrait by building up a tonal underpainting, followed by multiple layers of translucent veils of colour and transparent glazes I found to be the simplest way to create a realistic turning of the form.

It’s a method of stacking layers and layers of paint on top of each other – once the layer below is dry. 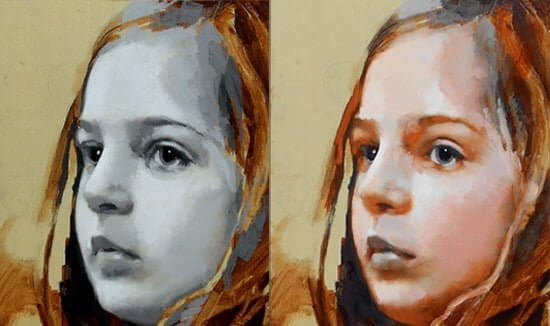 Although very simple, the transparency of all these thin glaze layers creates an optical depth and luminous skin tone that just can’t be achieved from opaque painting alone. I’d been trying to paint lots of perfectly mixed colours next to each other within the same wet layer, which is why is it hadn’t looked the same.

However, it wasn’t just the thinness of paint application or the transparency of the pigment or the technique – the missing ingredient I’d overlooked was time. So when my older brother gave me his scientific insight, it not only changed my perspective but it turned out Vanessa had been more on point than I’d first thought!

The Refractive Index of Linseed Oil

What the heck is a ‘Refractive Index’ I hear you cry? My thoughts exactly.

But the Refractive Index of Linseed Oil is one of the secrets as to why those Old Master paintings have such an elusive quality to them.

The Refractive Index measures the bending of light when it passes from one medium into another, specifically, a change in the speed of light as it travels through different materials.

Light waves travel in a straight line through an empty space but when light travels through other materials, such as the oil used in oil paint, the light waves bend—something called refraction.

So what does mean to your oil paintings?

Well interestingly, the Refractive Index of Linseed Oil doesn’t stay the same, it changes with time.

As Linseed Oil ages, it’s Refractive Index increases, causing oil paint to become more transparent and gain a more ‘glass-like’ quality which is why oils are such a great medium for this glazing technique.

“Paint is likely to become literally transparent with the years–because of the increase of the refractive index of linseed oil film with age or for other reasons–the general effect of transparency exists in all old paints. The lessons that careful painters have learned from this are several: that multiple layers of paint must be planned with this effect in mind; that when underpainting is to be concealed or obliterated, the top coat must be sufficiently opaque for the purpose; that distinctly dark or outstanding areas should be scraped away before overpainting them with paler tones; and that disturbing textures and brushstrokes should be taken down, using a sharp blade if the paint is too hard to be cut with a palette knife. The underpainting and the ground will always have some degree of influence on the final painting except when the paint is applied in an extremely thick impasto layer.”

Ralph Mayer, The Painter’s Craft: An Introduction to Artist’s Methods and Materials.

Notice how the first drawing out of the arm is being revealed by the changes in the transparency of the oil in this Reuben’s painting.

The key point to remember is the underpainting and the ground colour will always have some degree of influence on the final painting except when the paint is applied in an extremely thick impasto layer.

So with a multi-layered approach, every layer counts. 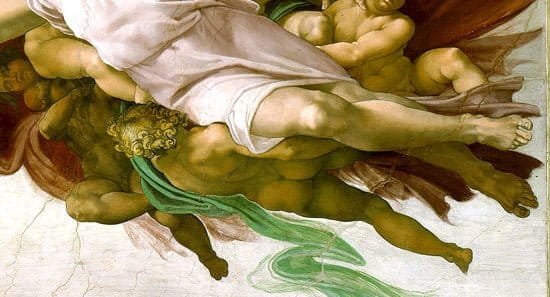 In portraiture, the underpainting is commonly a Grisaille which is painted in shades of grey but it can also be tonal, such as Verdaccio which uses tones of green or Bistre using tones of brown of which Caravaggio was very fond of.

Bistre (tones of Brown) underpainting in the shadows and cloth, Grisaille under the lights of the fleshtone.
Detail from John the Baptist, Caravaggio, 1604

It’s a really great way to learn about portraiture because with this method you can study the form or the planes of the face, get the modelling of the body or head right to start with, before introducing colour. 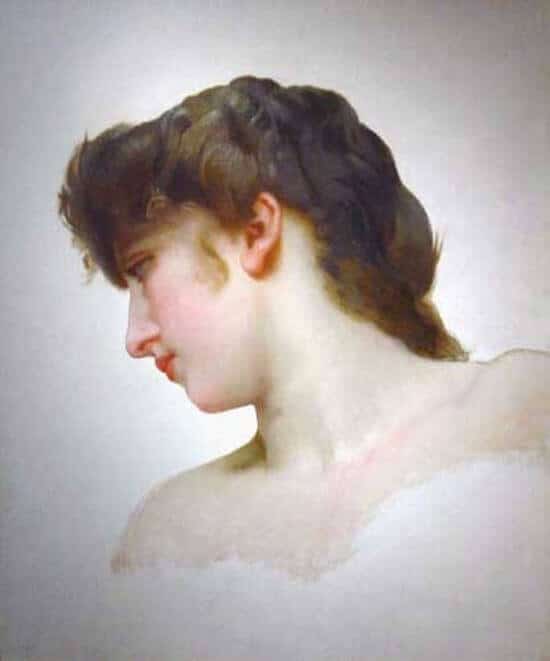 It also makes for a naturalistic rendering of skin tones, as you can see in this Bouguereau painting. The green/greys of the underpainting are shining through the layers of warmer flesh tones, for example, on the neck, he’s left the warmer paint thinner so we see more of the grey and then increased the colour saturation and paint thickness as we move towards the features with the most saturated glaze on the lips.

It’s worth pointing out, you don’t have to paint all portraits using this technique entirely if it doesn’t compliment your sitter. In fact, on many of my paintings I use a combination of methods depending on the result I want. 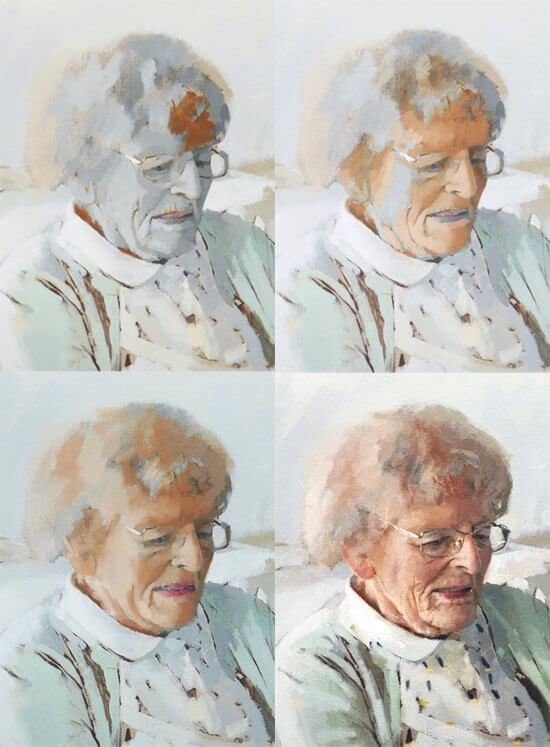 Detail from In Memory of Ernest, Will Kemp, Oil on Canvas, 2016

In the portrait above, I started with a Grisaille underpainting and used multiple thin layers for most of the piece. Towards the end of the portrait, I introduced thicker impasto paint onto the blouse and also around the jawline to indicate texture and create more character in the end result. 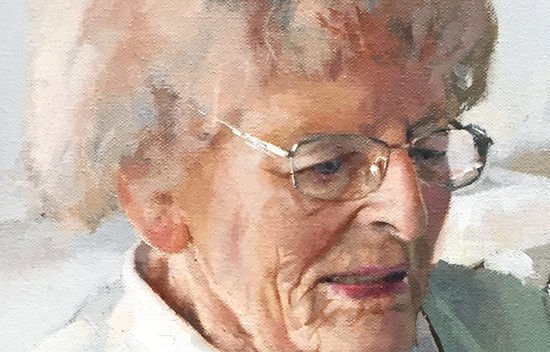 On the smoother skin of the nose, planes of the cheekbone and lips, I continued the glazing method until the end and both techniques bring out the best qualities for each section of the face. You can still see the Grisaille underpainting in the hair and around the eyes and nose. 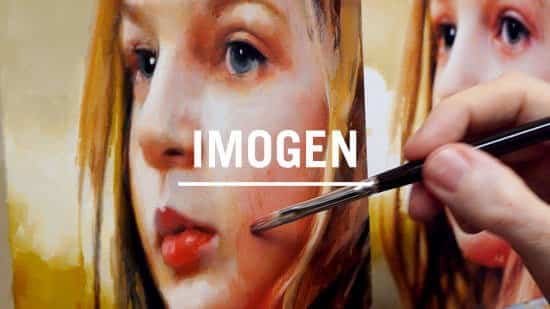 Although I can’t give you 400 years of refraction, I have been working on a new oil painting glazing course inspired by my own painting practice. It incorporates my own methods with techniques I’ve studied in Florence, Italy under Maestro Michael John Angel at the Angel Academy of Art.

The inspiration to create this resource was to help other aspiring artists create realistic luminous portraits and have a really great understanding of how to utilise glazing in their own portrait practice and not make the same mistakes I did when I was first starting.

In ‘How to Glaze an Oil Portrait for Beginners’ we study 2 different portraits using 2 different colour palettes, starting with a simple pencil composition, blocking in the planes of the face with clean flat tones then develop the form using the Grisaille underpainting technique.

We then mix mediums based on the ‘fat over lean’ approach using traditional and modern glazing recipes before progressing onto mixing colour strings of natural skin tones. 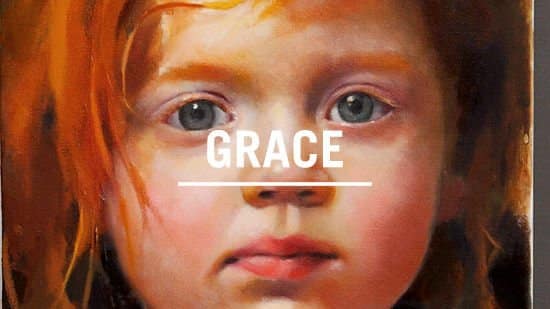 My nieces, Imogen & Grace are the sitters of the portraits used in this course, I’ve purposely chosen subjects that are well suited to the glazing method we’re going to be using, so I could utilise the technique on pretty much the whole study.

There are areas in the face that have got cool tones, colours in the cheeks and lips that can handle a stronger pigment and soft light without strong shadows around any of the features.

How to paint, sleep (and nearly die) like Cézanne