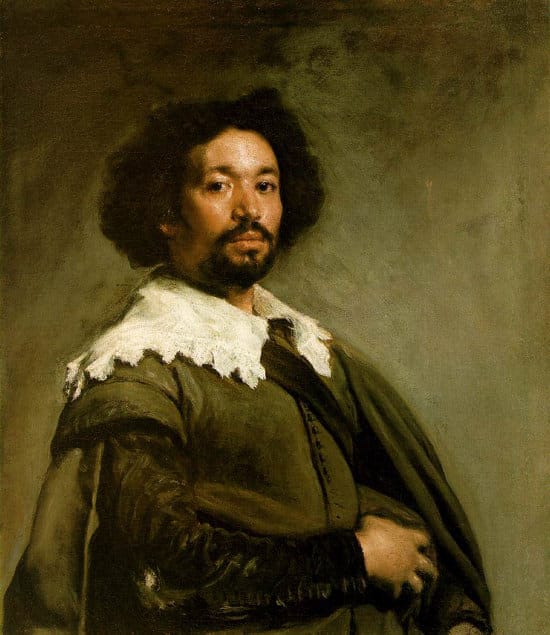 Are you scared of using black in your paintings?

Or secretly feel they are the missing ingredient to your work?

If you don’t use black whilst mixing colours, you could be missing a trick.

A tale from two masters:

John Singer Sargent and Claude Monet used to go out and paint together.

One day, Sargent had left his paints behind and asked Monet to lend him his to work with. “Where’s the black?” asked Sargent.
“I don’t allow myself to use black,” replied Monet.
“It’s against the impressionist theory. In nature, all colours are made by mixing.”
Sargent refused to understand how anyone could paint without black.

It’s a matter of taste…

Different artists have different requirements; the impressionists steered well clear of black, preferring to use complementary colours to tone down a hue.

However, many portrait painters can’t survive without it.

Colour is a very personal part of the painting, and using black is an even more heated debate. The myth of black ruining your painting has long been held by many art teachers and is one of the first things students are keen to keep away from when mixing paints.

However, black can become indispensable in your work..

Black will tone down your colours; it won’t make them muddy. But it does have a very high tinting strength, so only a small amount will make a big difference.

Yellow + Black
Yellow might cause you slight disarm as the blue undertone will make the yellow go green. This can throw off your colour mixing if you are unaware of it. However, you can use this green to your advantage to make some lovely subtle shades. (See: Is Green ruining your painting?–  Carbon Black & Cadmium Yellow Light)

Blue + Black
You will achieve a toned-down hue; blue won’t change much. Prussian blue is basically a mix between phthalo blue and black.

Red + Black
Only a tiny amount of black will take the punch out of the red. Useful for balancing red skin tones in portraiture.

Myth #2: Black will make my paintings dark and gloomy

You need a varied tonal range to create a sense of drama in your paintings.

Students beginning watercolours often do not go dark enough. Because watercolour lightens so much when it dries, painting an area of dark seems far too heavy but can be useful to create drama in your paintings. 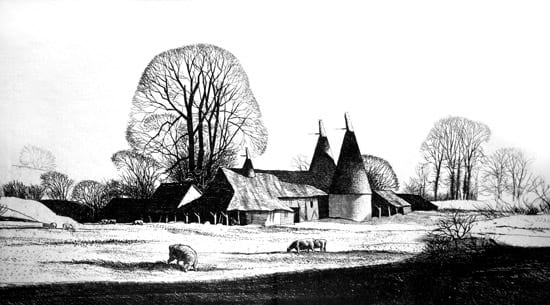 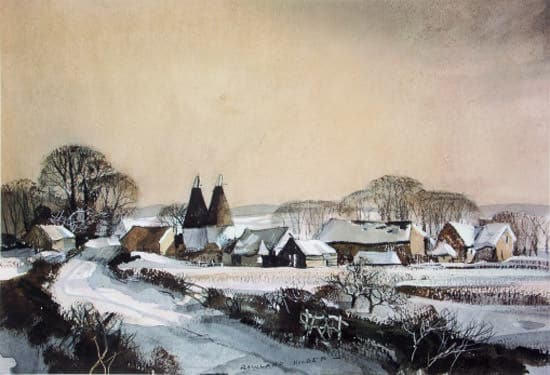 Pro tip: A way to get around this is to experiment with pen and wash. Use a permanent marker or sketching pen to draw in the subject and the shadows. It will force you to be bolder and result in much more realistic looking paintings. The paintings and drawing above are both by Rowland Hilder, who used black to greatly affect his work.

Note how in the painting, compared to the black and white sketch, the black doesn’t appear as prominent; our’ shadow blindness’ helps us accept the scene rather than notice how much dark there actually is.

The Impressionists steered clear of black, but black is an integral part of the work for many contemporary painters.
Paul Emsley, winner of the 2007 BP portrait prize, painted the below portrait with just two colours: Mars Violet and Blue-Black, plus an occasional white touch. 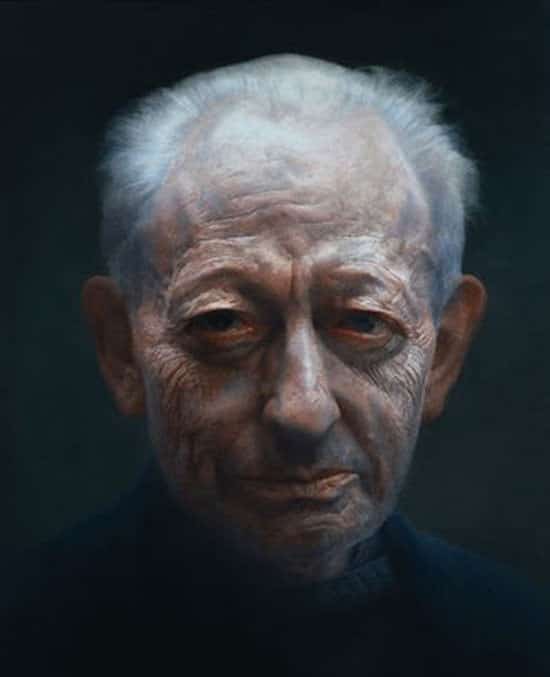 The palette colours are minimal: “But it is surprising what colour effects are possible,” Paul describes the colour tones created.

“For instance, for the warm flesh tones I might use just Mars violet, adding a dash of white if I want to soften the tone. And where I want the bluer parts of the skin or areas of shadow, I will add a tiny amount of blue black to the Mars violet. The variety comes from how much the colour is diluted, the extent of the overlaid colour, and the proportions of colours used in the mixes.

“In my experience, the fewer colours you use, the more shocking are the reactions when you do make subtle changes. Until you begin to experiment, you don’t fully realise how much variety can be achieved with just two colours!”

Should I use black paint to start with?

In how to choose a basic acrylic paint palette, I don’t initially recommend a black because with the Ultramarine Blue and Burnt Umber, you can have the flexibility of creating a tone very close to black, which can be tweaked to both a warm and a cool black.

This technique was used by many a portrait painter, notably Velázquez, who always had both a warm brown-black and a cool blue-black on his palette.

After studying Velázquez’s paintings in the Prado, Harold Speed, author of ‘The Science and Practice of Oil Painting’, came to the conclusion that the artist used black to control the intensity and saturation of colours, particularly in his skin tones.

Speed mixed the closest combination of modern-day pigments to create an interpretation of Velázquez’s two blacks, one warm and one cool.

“In the first sitting I imagine he rubbed-in the head with very simple colours, little more than his two blacks; and concentrated his chief attention on placing the main masses of his light-on-dark scheme in the handsomest possible manner, and getting that basis of fine drawing on which the whole thing rests. All this being done in a fairly light key, and with very little paint everywhere except in the lights, which while not loaded were solidly painted. In the next sitting this was scumbled with negro hueso (bone brown) and a yellow that Velázquez used.”

Mixing your own black

Depending on the pigments you are using, you can often make a very nice black from a combination of primary colours or existing pigments.

This mixture of a blue and a brown can be enhanced further if you use a darker blue, say
Prussian Blue (which is often a mix of Phthalo Blue and black) with Burnt Umber.

If you don’t have a Burnt Umber, you could use a Burnt Sienna or Raw Umber. However, the Raw Umber won’t give you the flexibility of warming up and cooling down a colour due to its bias towards more of a green-brown.

In the video below, I demonstrate some of these mixes.

What is Chromatic Black?

Chromatic black is a black made of a ‘chroma’ or colour rather than containing any specific black pigment. ( You can check this on the paint tube by looking for a PBk pigment – which indicates black)

For example, Gamblin’s chromatic black is made from Phthalo Green and Quinacridone Red.

If you don’t have these colours, you can make a close Phthalo Green by mixing:
Phthalo Blue ( green shade) + Hansa Yellow ( medium ideally, if not light) mixed with Quinacridone Red.

Why Use Chromatic Black?

Chromatic black can give a subtle tint than a premixed opaque black, such as Mars Black; it also can have less of an effect on colour shift when mixing, producing more neutral tints.


“The overuse of traditional black pigments color mixing can be a problem.
Color mixtures can easily become “dirty” looking. I believe that this is not caused by the use of black itself in colour mixing but because of the relatively large pigment particle size of both Ivory Black and Mars Black.

Chromatic Black solves this problem since it is made from modern organic pigments that are both tiny in size and transparent. Colours are greyed without being made to look “dirty.” This also points to a limitation of Chromatic Black: while it is a fabulous mixing black it is not as good as Ivory or Mars or Black Spinel when a true black is needed in a painting.”

Start by mixing in equal proportions, but be sure to also try mixes that aren’t equal, so you have a ‘black’ leaning towards a colour. You’ll see in the video below the colour bias they can give depending on the mix of colours.

Add a touch of white to your black mixtures to see the colour bias.

Farrow & Ball
I’m a huge fan of these paints and the subtle, muted tones. Our gallery front was painted in Lichen, a lovely dull green/ grey; however, when colour matching interior paints for shop displays, we used more affordable paints and just added black acrylic paint. This was usually fluid acrylic, so the mixture was smoother, and it always produces a lovely muted colour.

Sometimes the beauty of colour is a juxtaposition of bright shades with muted tones.

1. How to choose a basic acrylic palette
2. The importance of contrast in painting

How to Paint Acrylic Portraits