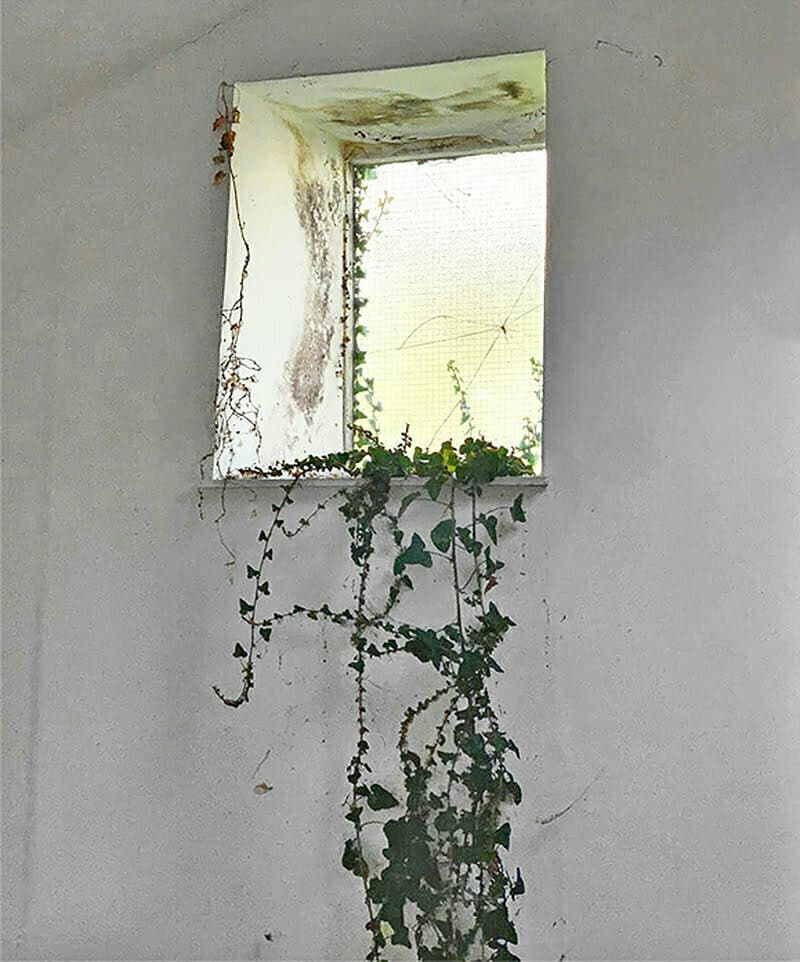 I had kept meaning to pull down the ivy. When we first looked around 14 months previously, it was only sneaking under the window frame by a couple of feet.

So fascinated with it at the time, we’d failed to notice the huge impact crack running right across the glass.

The first wave of Covid hit three months after our first viewing in November 2019, and the banks had almost stopped all communication. Lockdowns meant we couldn’t revisit Cornwall, and at several low points during the Summer of 2020, we’d given up hope of acquiring the property at all.

After sheer determination, on December 6th 2020, we completed the purchase and drove possibly the greatest 320 miles south to pick up the keys.

Keeping our heads down cleaning and whitewashing was the easiest way of not becoming overwhelmed with decisions about where the major work should start. Between the first wave of ripping up carpets and dealing with overflowing slimy water butts in storms, we noticed the ivy was now well over 3 meters long. It was hanging down in a fabulous tangle and driving rain was starting to seep through.

In the void between the staircase and studio, the window sits really high up in a double-height ceiling space of around 4 1/2 meters. But, because this part of the building is submerged into the landscape, if you were standing on the grass outside looking in, the window probably only reaches your knees.

With Ray, the local window fitter, leading the way I felt brave enough to go up onto our next-door neighbour’s land and see the extent of the exterior damage at close range.

I’d offered up my own take on the crack situation, ‘Maybe a football?’

Ray clarified, ‘Probably, if not definitely, an air rifle‘

In close proximity, the exterior resembled an old forgotten shed belonging to a soothsayer, the only part of the frame that remained was on either side.

‘That glass‘, Ray said, ‘is only being held in by two points of contact and that ivy‘

Good job some things are best left after all.

The day cleared, Ray left, and by 4 pm, it was brilliant sunshine. Will and I had second thoughts on the beach.

Will wasn’t so sure, he said it was his second choice and maybe preferred a plain diffusion glass.

Now I have pangs of worry, we seemed to be on the same page at 2 pm standing in the courtyard with Ray and his relatively slim catalogue.

Crucially I’d forgotten Will’s need and enjoyment of mulling things over. Sometimes this mulling can take several days. I’ve been told in the past I make swift decisions using a very direct tone… this may have been one of those times.

What about a diffusion frame on the inside? I suggested.  An art installation piece behind a frame of linen to mask the pattern?

We mulled over it looking out to sea drinking the weakest coffee ever made, but the Belvita biscuits were good. 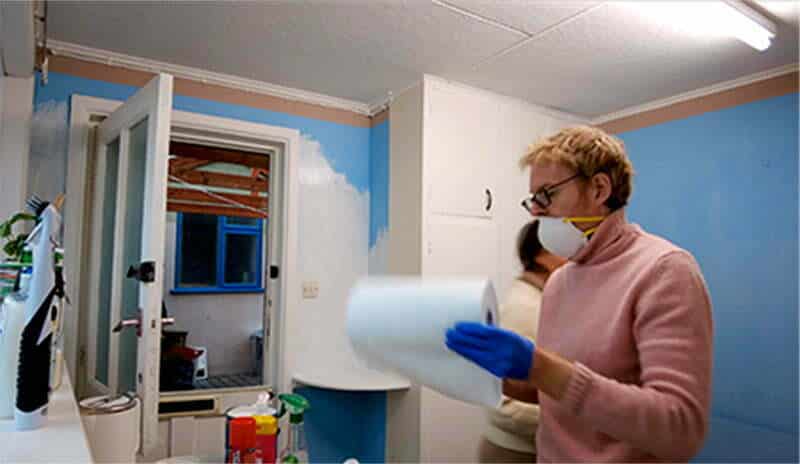 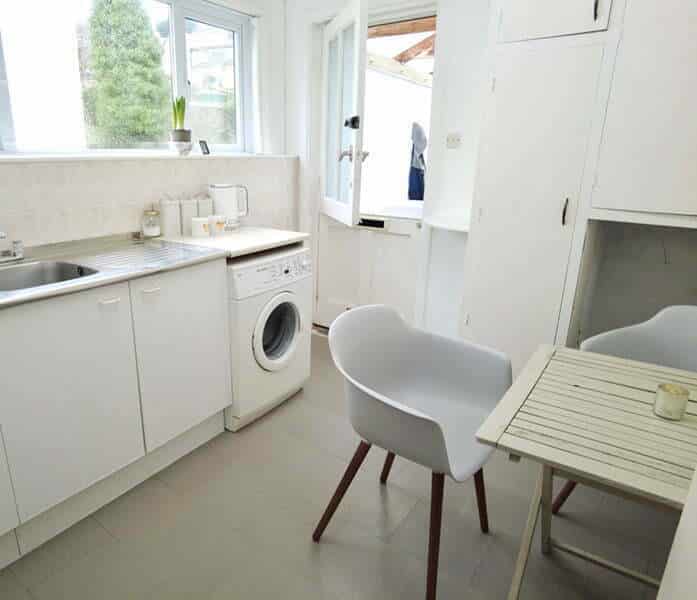 First wave of cleaning the flat kitchen and bedroom 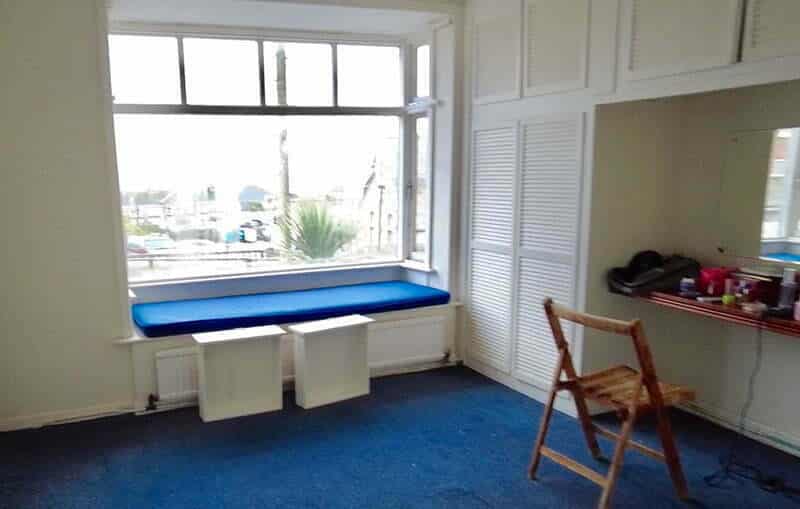 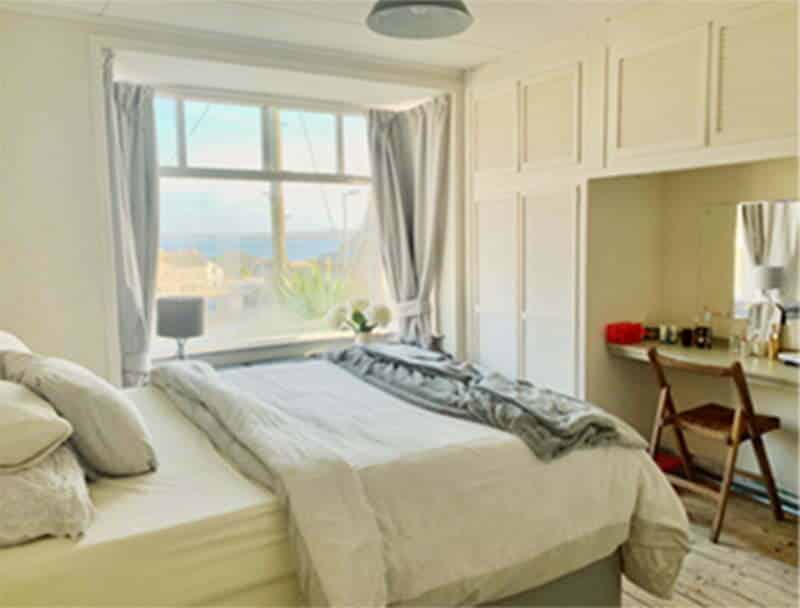 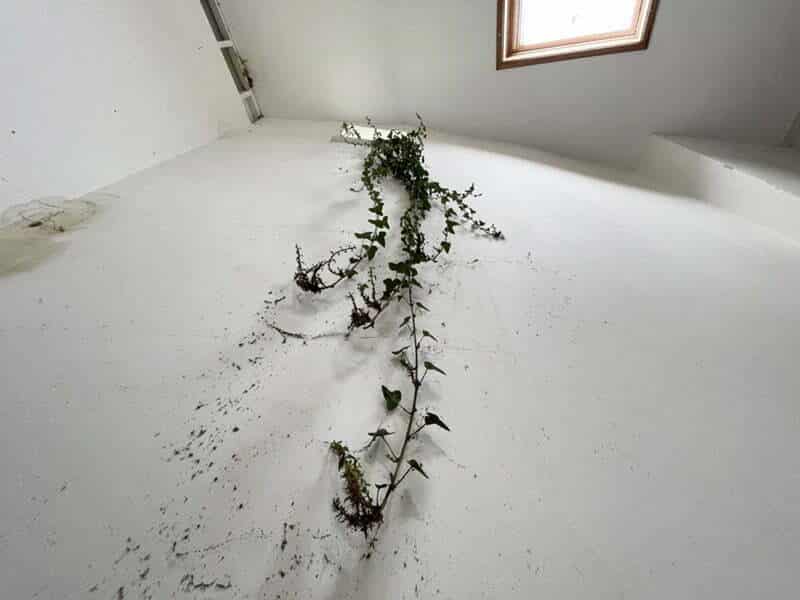 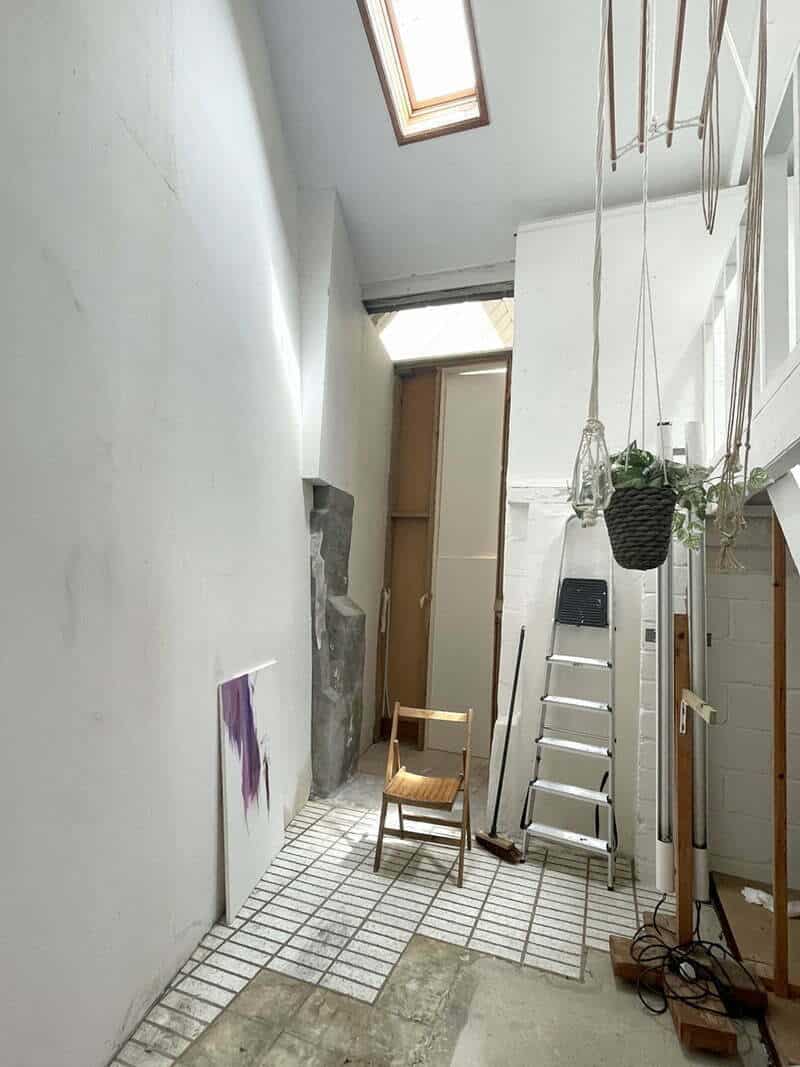 The void between the staircase and the studio, ivy window just out of shot to the left 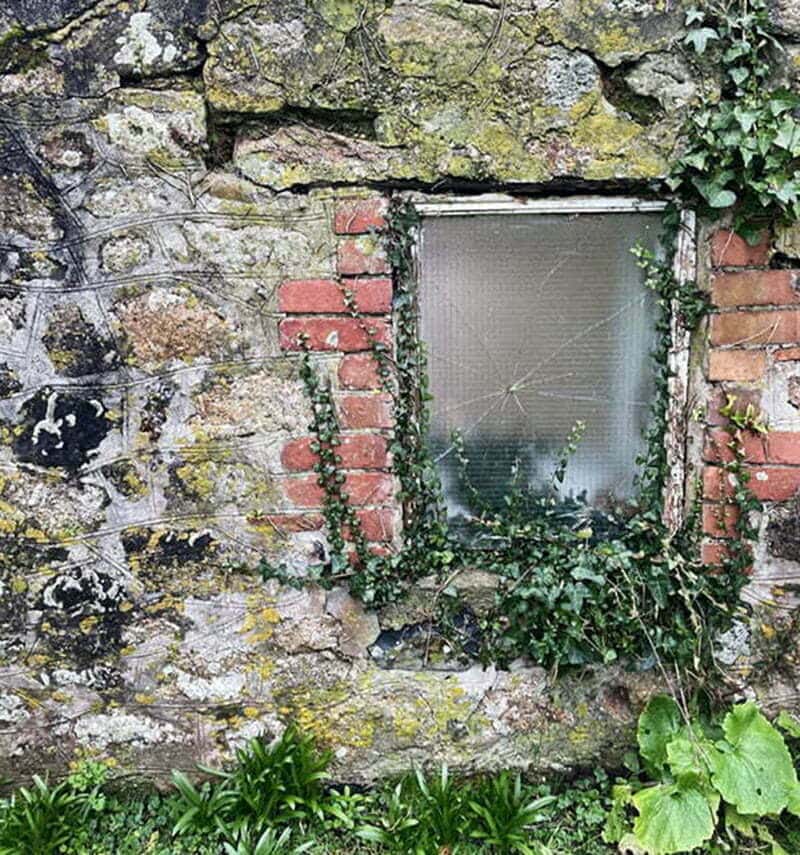 Ivy witchy window from the exterior 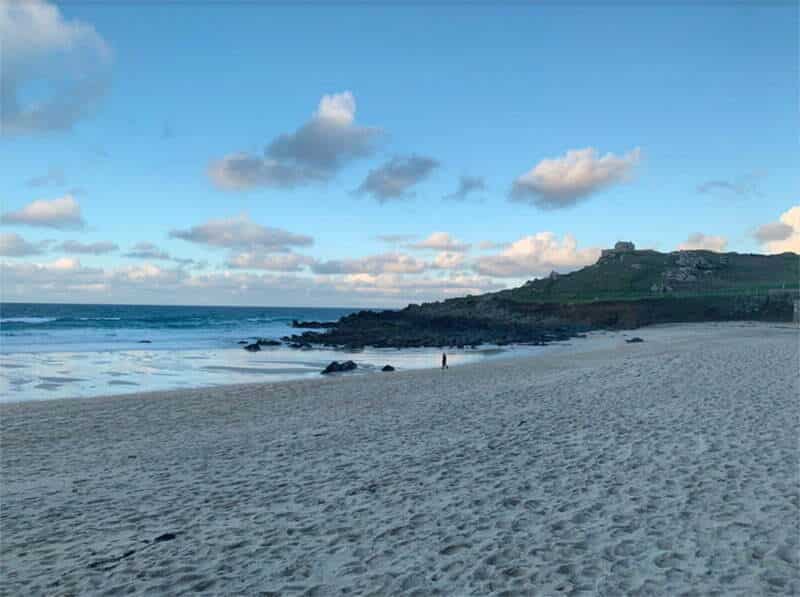 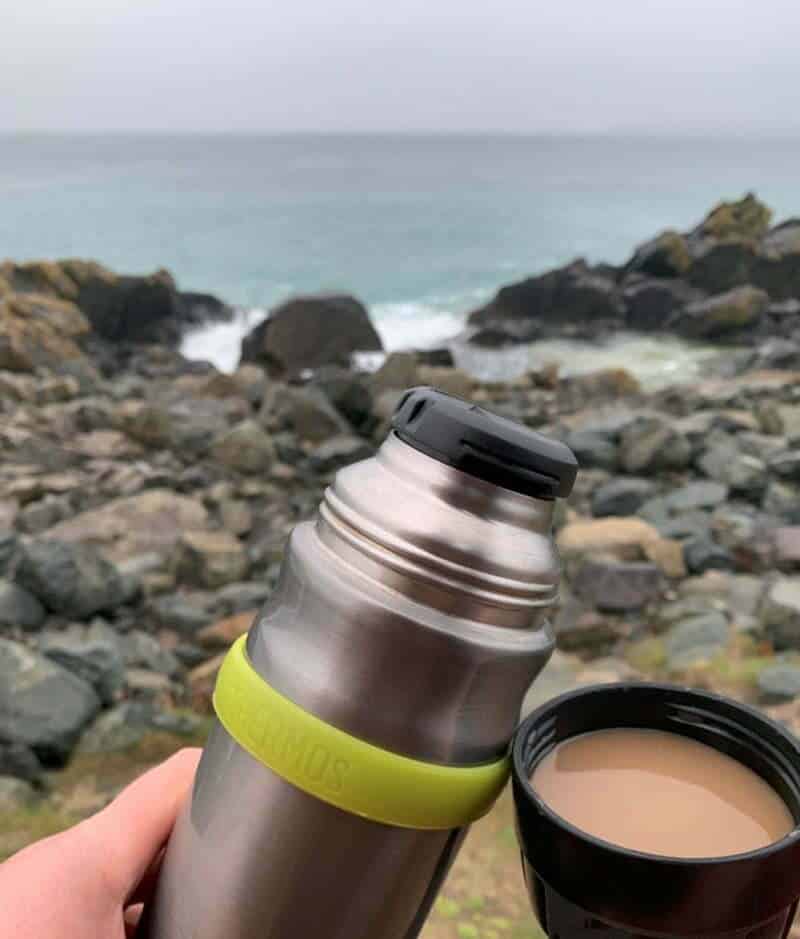 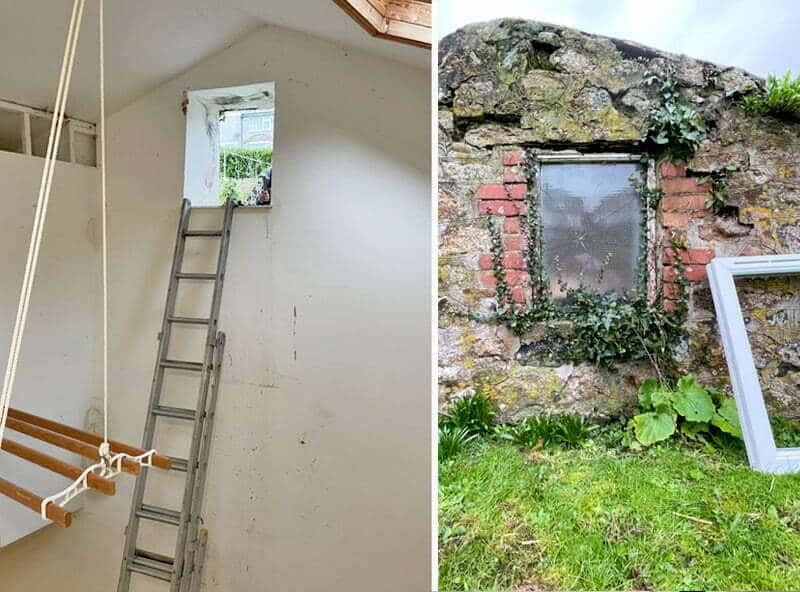 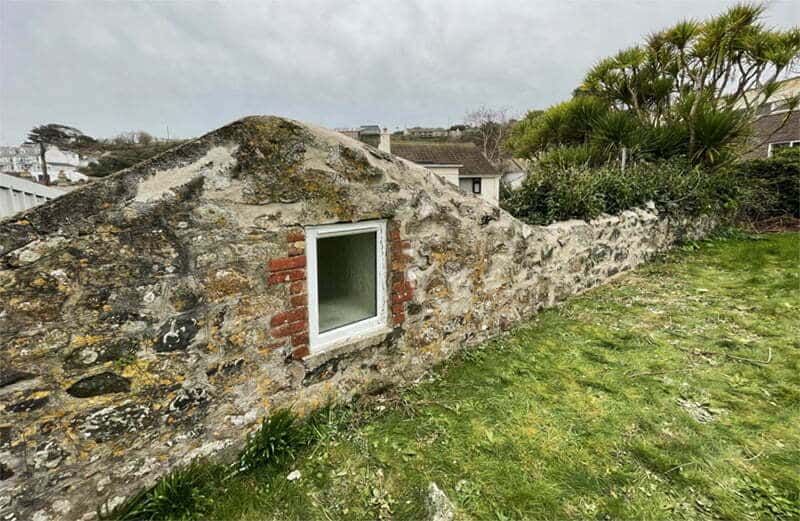 August 2021 – All Problems are Solved with Great Design