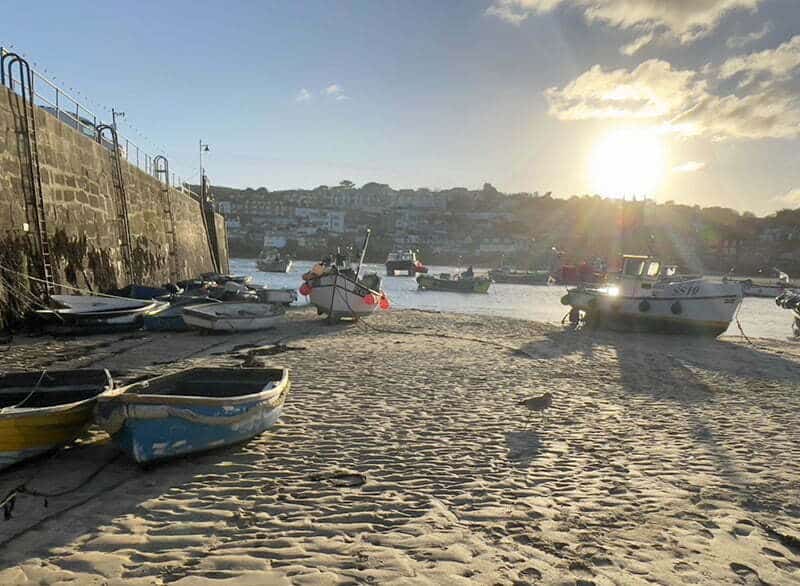 Yesterday in the hardware store, Colin picked up a bright red le Creuset pot and shouted across to Will

‘Sir, I believe your wife has been eyeing this up, I’ll do you a very good price…’

And didn’t want it as a Christmas present either, especially as we still haven’t got a fully functioning kitchen.

We’d arrived back in St Ives in early December after being in Kent a few days visiting Wills’s dad, and everything looked so Christmassy coming into the town with all the twinkly lights strung across the buildings.

I woke up this morning to find Luke and John pulling down the old ‘outside-yet-inside’ toilet wall to use as hardcore for my new terrace foundations. Absolutely delighted because I’ve been wanting to get rid of it, but slightly disturbed by what will be left behind, will do nothing to compliment my Christmas decorations and salvaged driftwood wreath.

The rather lovely but costly decking I was avoiding confrontation over has just sneaked through our weekly budget meeting purely for its non-slip properties, which I heavily promoted. But costs are mounting, so the ‘waste not want not’ mantra with added detail for this project continues.

We’ve had the whole crew on site this week, the drawing room has been carefully reconstructed to exact original proportions, alongside original shelving carefully reformatted to suit Wills’s design, and the small kitchen has been fitted. We wanted to create as much of a handmade quality as possible, so James has lovingly constructed a super oversized kitchen wall unit reusing Sandra’s old shelving from the studio, leaving exposed Mortise and Tenon Joints on the ends that I could make a feature of. And the big oak kitchen unit has been beautifully by Luke to incorporate bookshelves at the end.

As James was finishing for the day, he called through saying the new bathroom door had been fitted, we waved him off and excitedly went in. Will tried the lock. We were stuck in there for 20 minutes; it was literally impossible to unlock it until I brute force twisted it halfway Will the other half, I’ll get that looked at tomorrow.

Tiles have started arriving as samples for the raised terrace steps risers and we’ve chosen red cedar of mellow colour tones, which vary from light amber to dark reddish-brown. to clad the exterior where the orientation of the building slightly changes. What seemed like mountains of batons arrived and Will has been Osmo oiling slowly but surely each surface.

The new windows have been delayed expected in January sometime, which delays all the exterior finishes but it seems materials are on go-slow everywhere at the moment, so we will wait patiently and enjoy Christmas.

Superheroes, Teletubbies, people with hundreds of fairy lights strung all over themselves dancing on the beach, Shrek and Fiona, and a pack of wolves that jumped out of a side street on us. It was supposed to be a quick walk around the New Year’s Eve fancy dress down by the harbour, but it was so lovely being out celebrating after all the Covid restrictions; we sat on the harbour wall drinking a coffee and enjoying the festivities.

Next year we’ll take part, Will as Van Gogh and I’ll go as Mona Lisa. 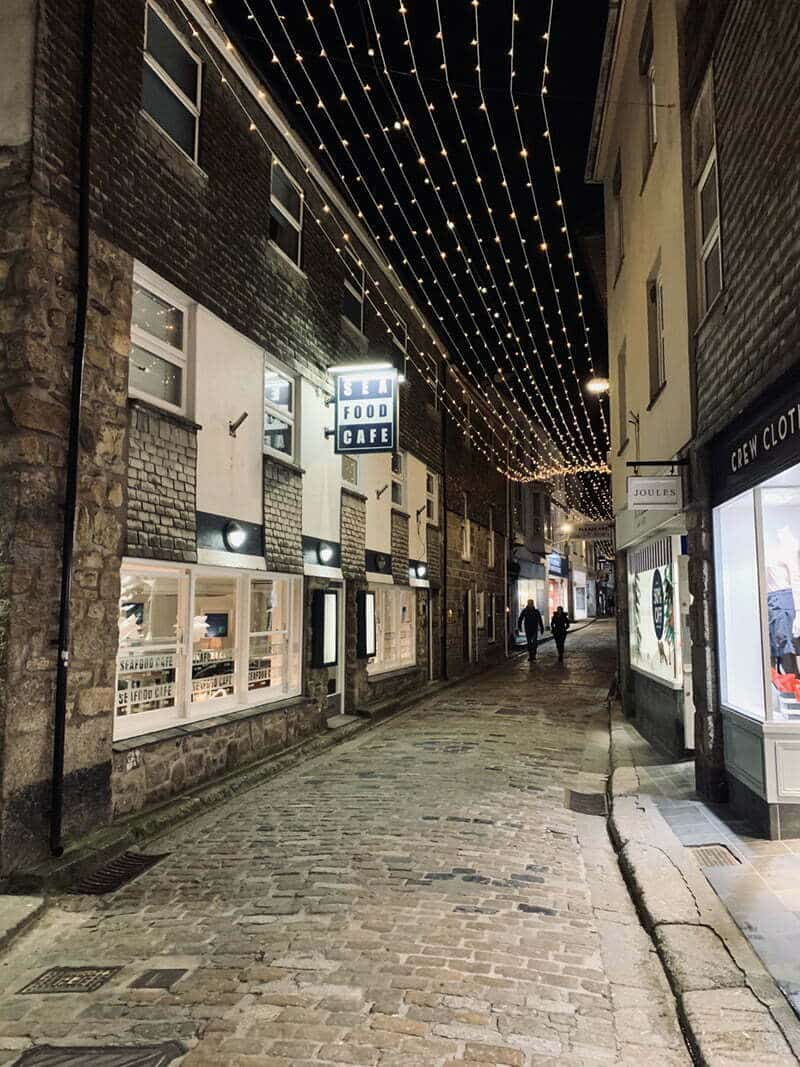 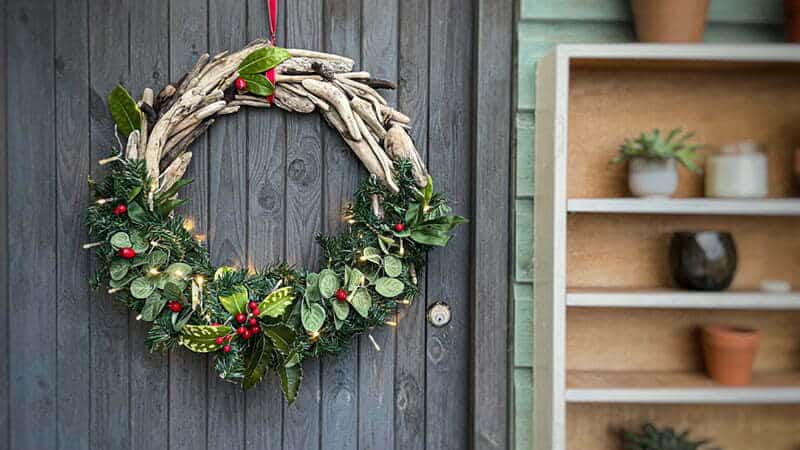 Demolition of the inside/outside toiet 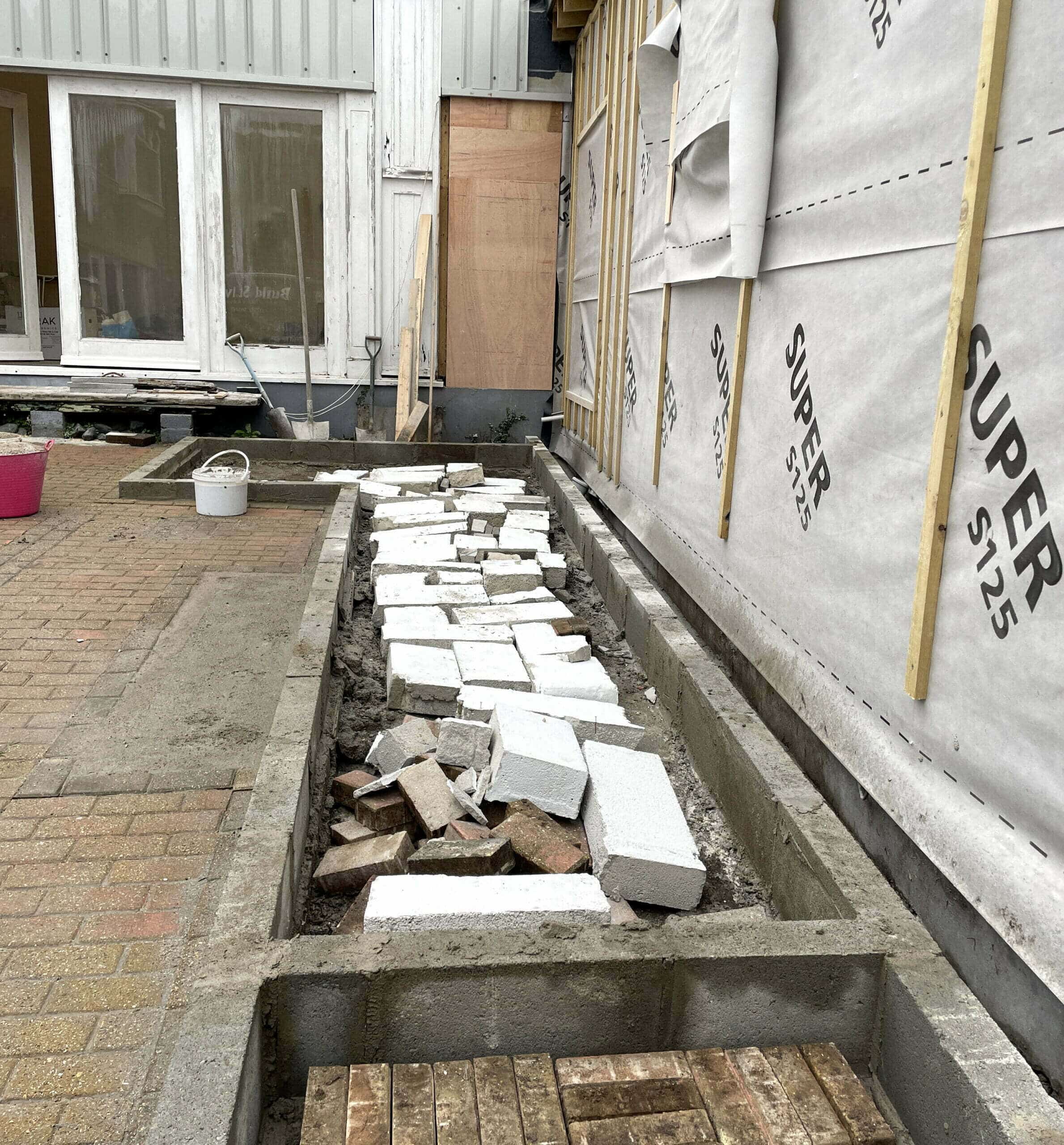 Hardcore down for the terrace 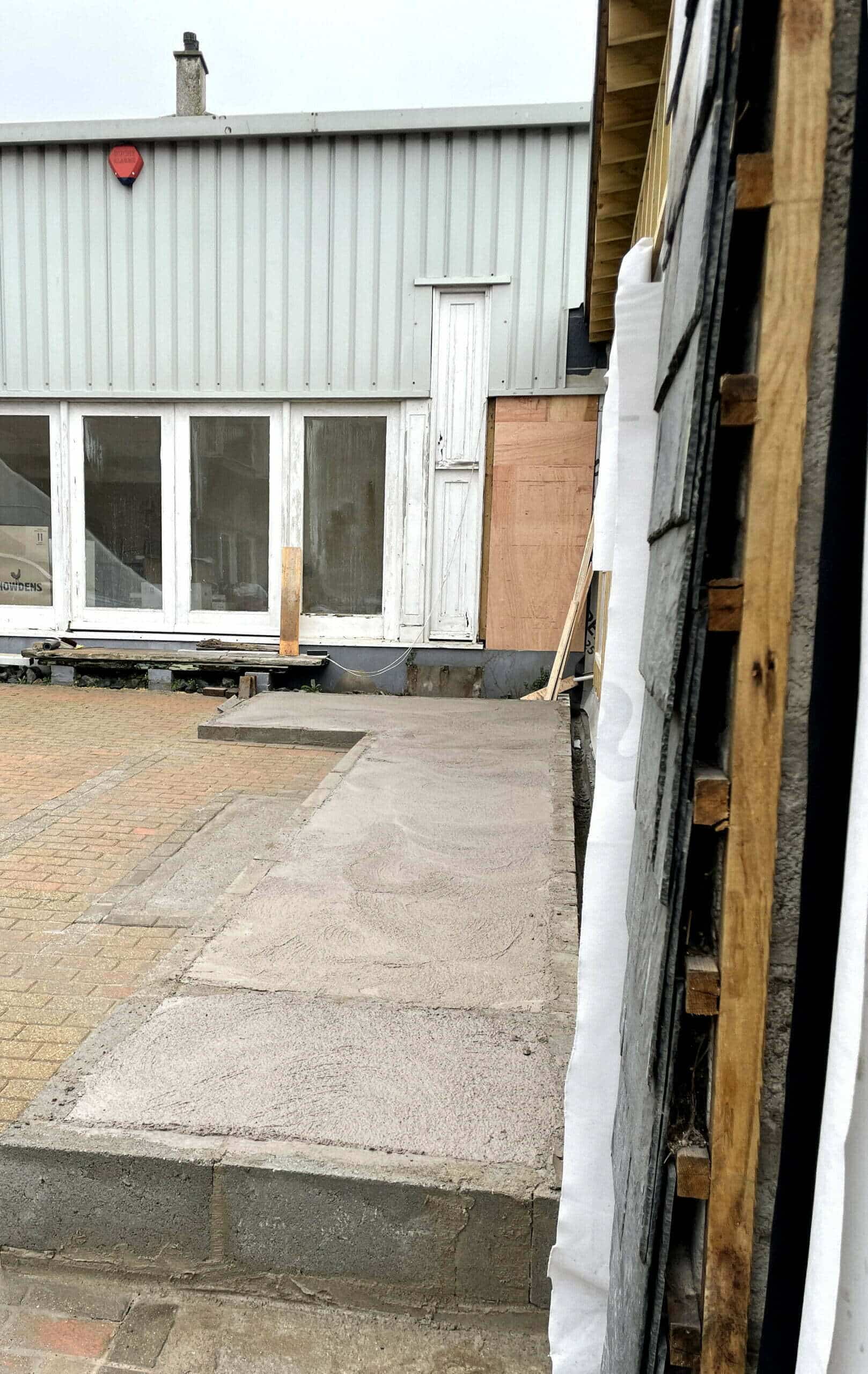 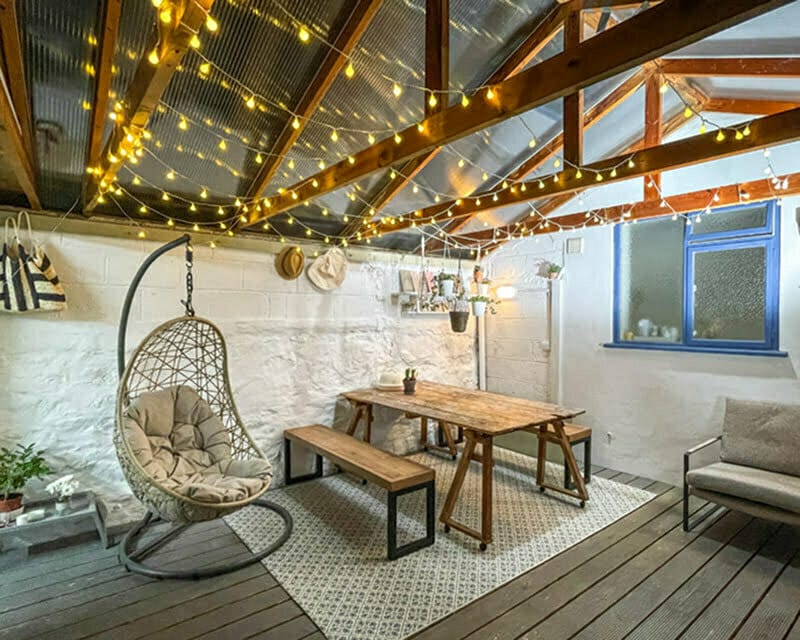 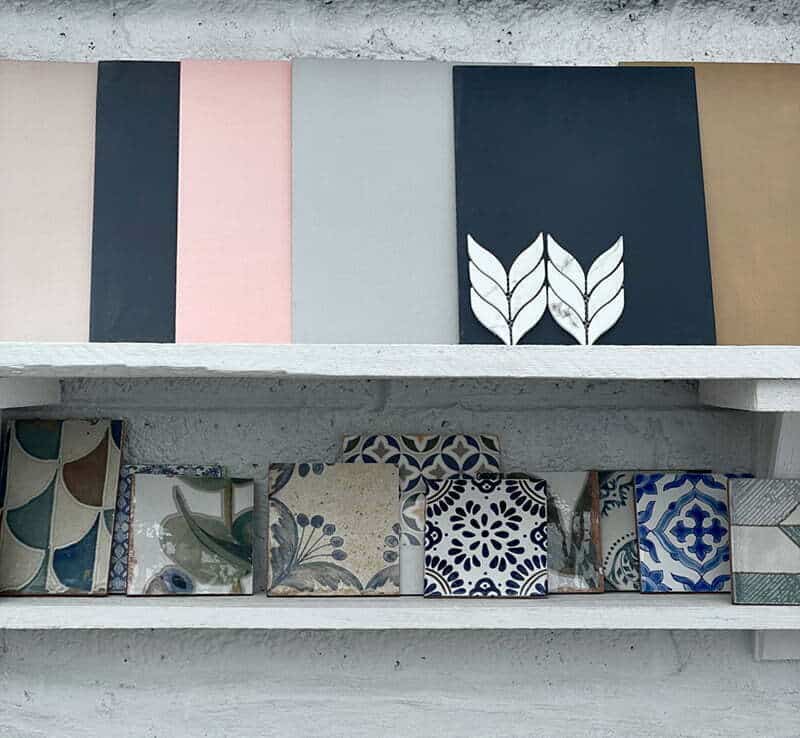 Tiles accumilating for the steps 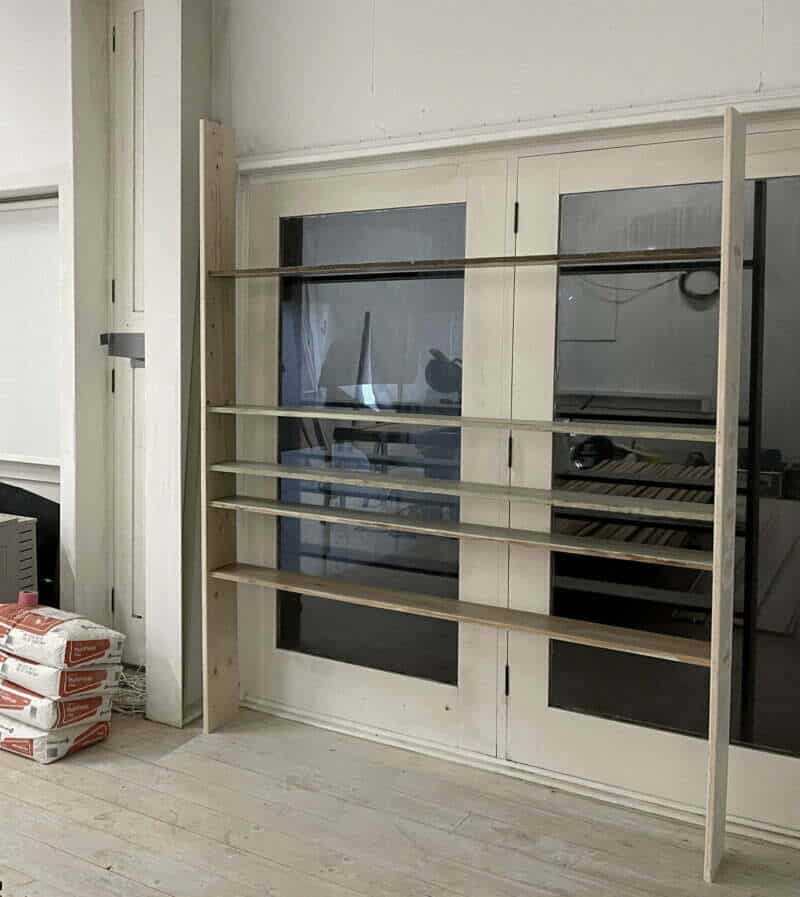 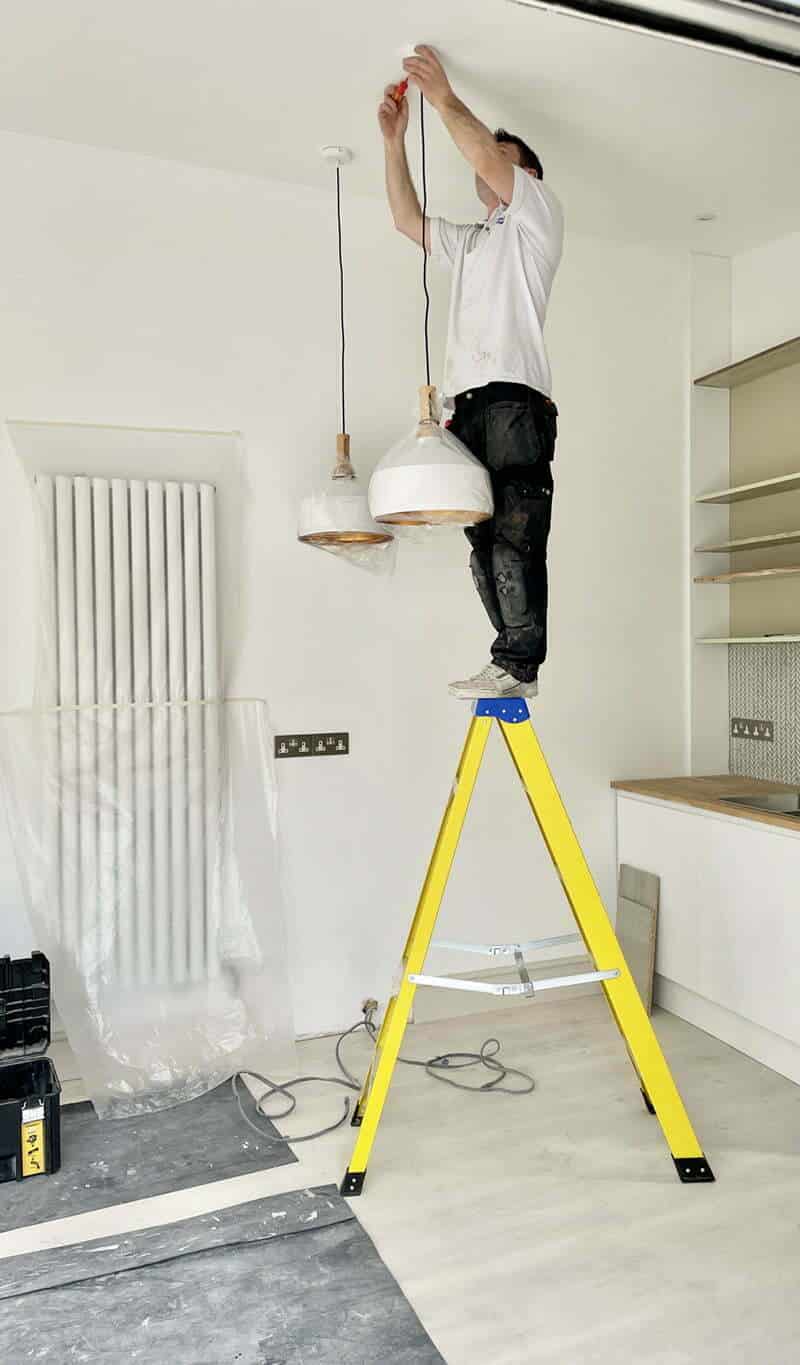 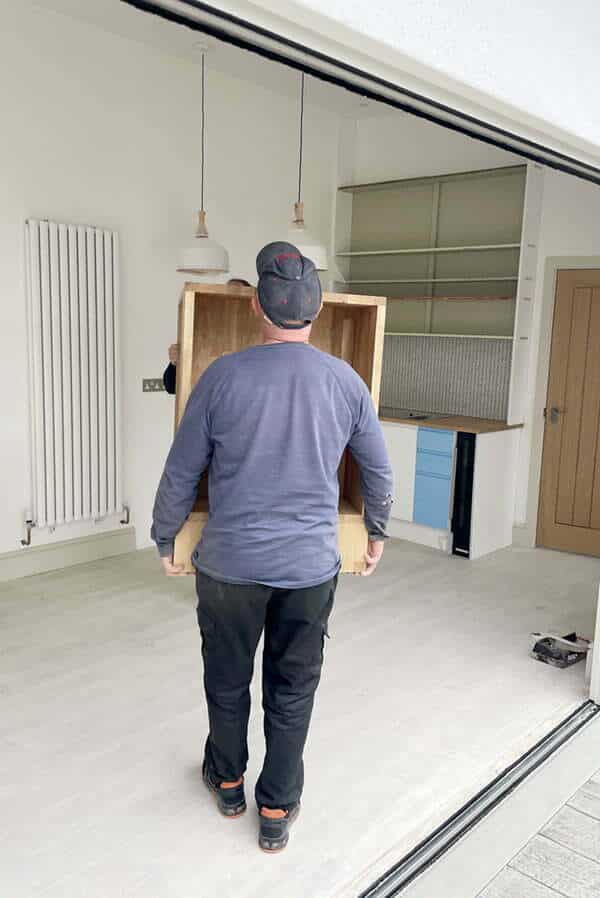 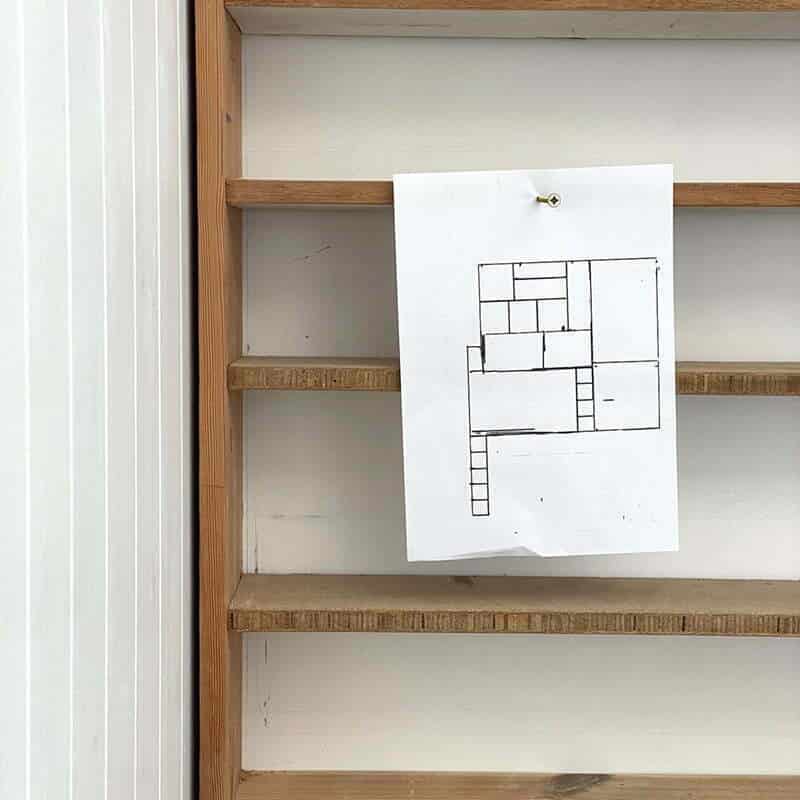 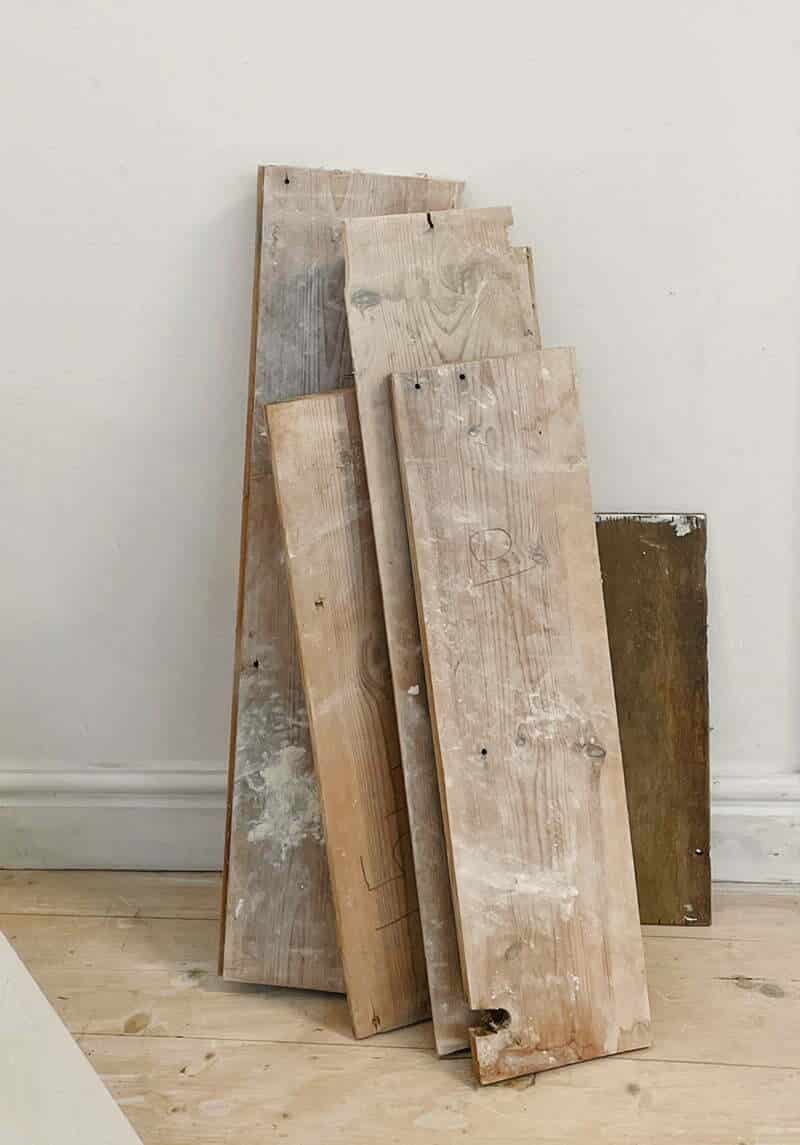 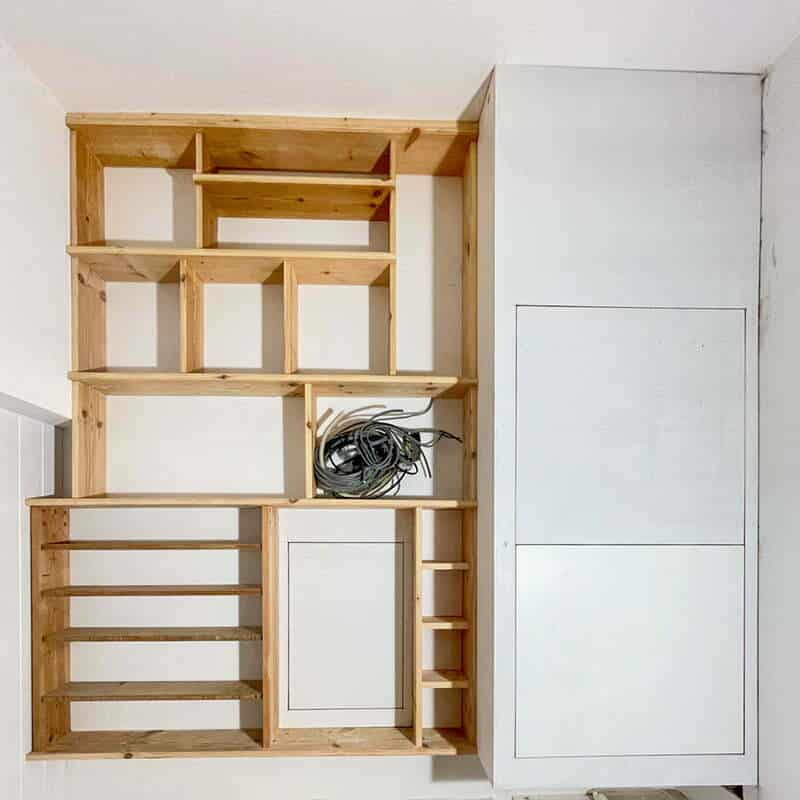 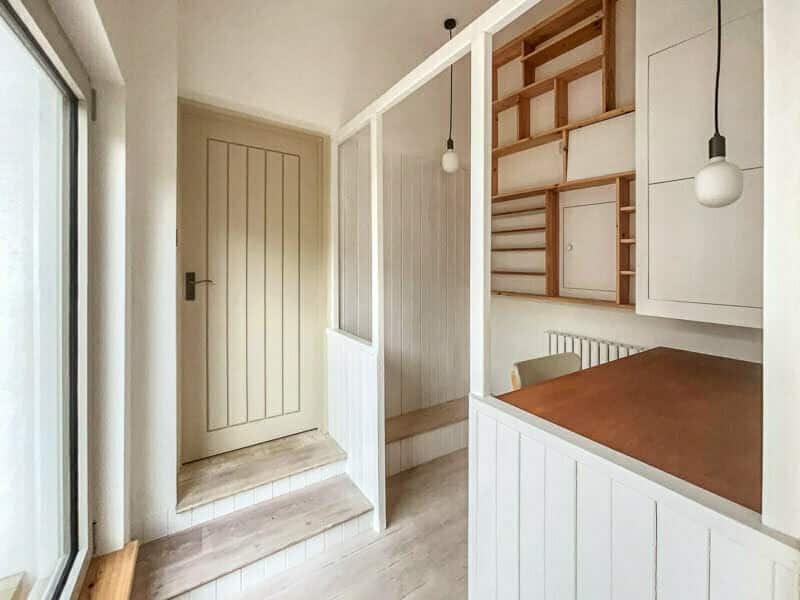 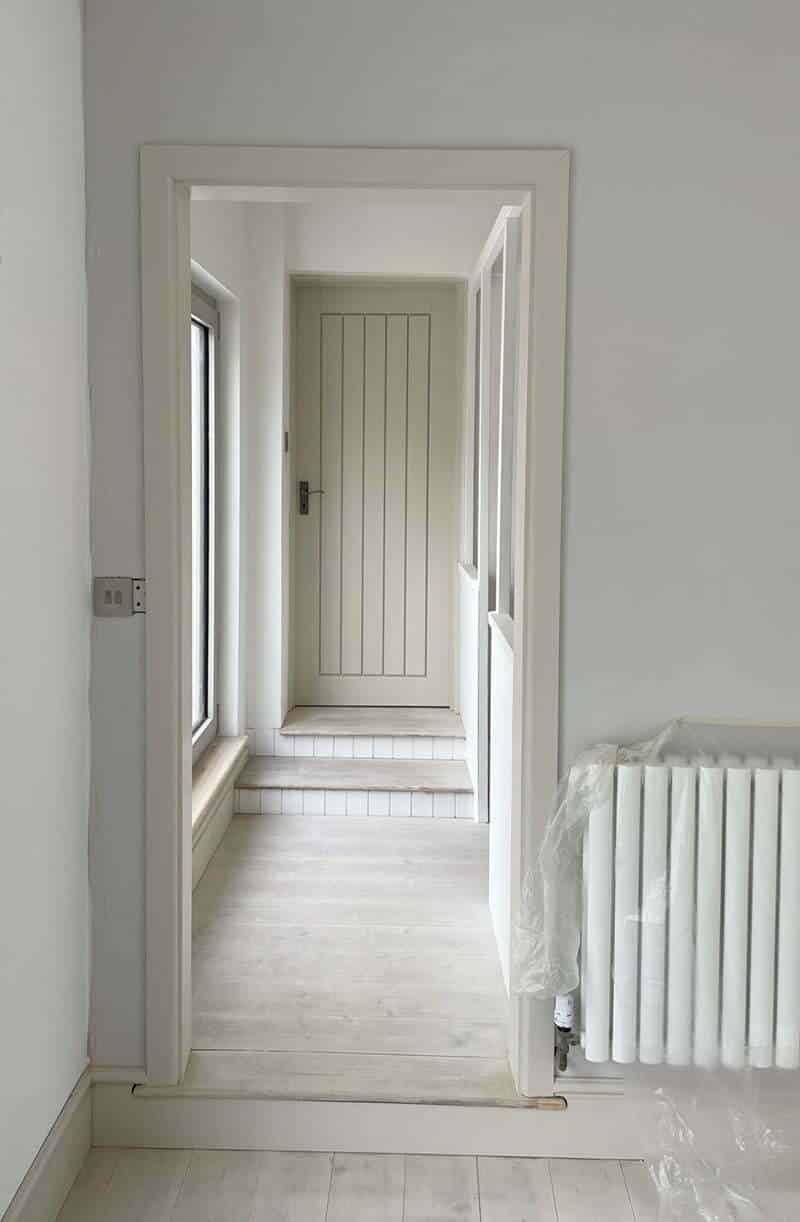 Cedar batons as far as the eye can see 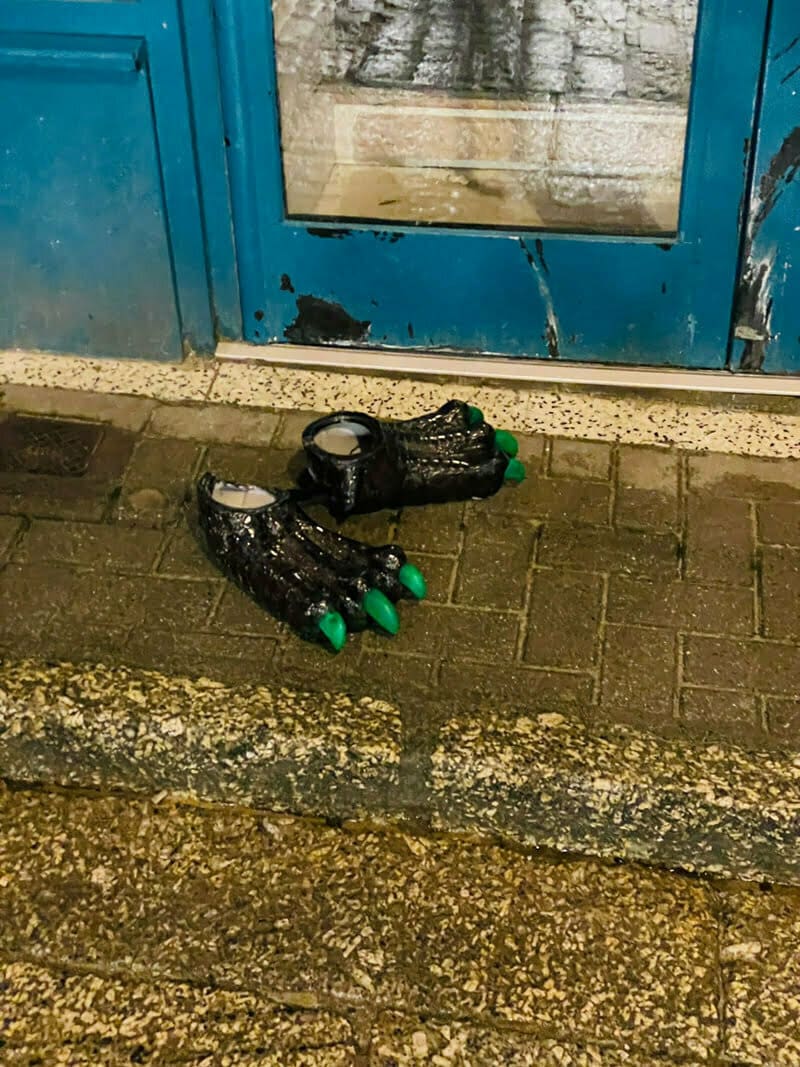 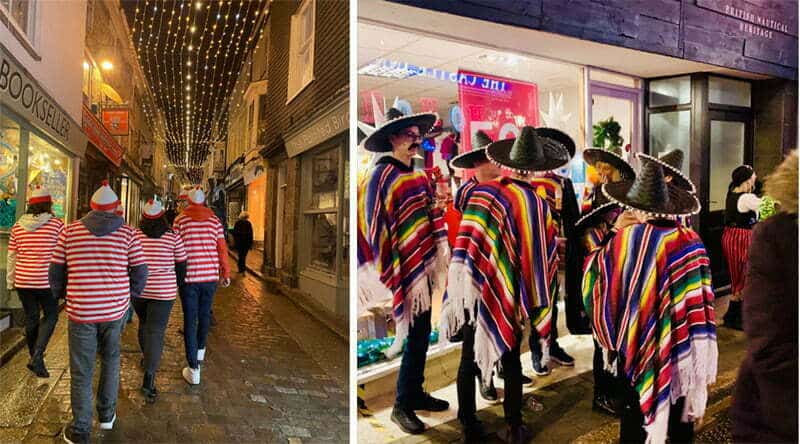