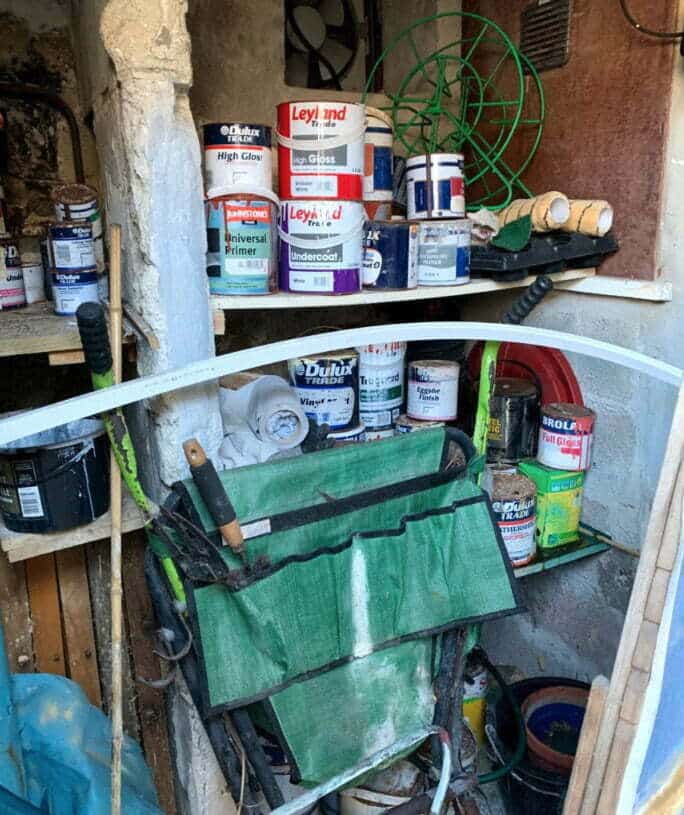 Kitting out a large space with enough tables, chairs and sofas was getting not only expensive but time-consuming.

I’m surprised the furniture website, Loaf, hasn’t noted a psychopathic shopper that puts things in and out of their basket from the ex-display section daily.

Not only that, but we’re so tired of web browsing and a bit confused.

The studio looks cleaner; we spent a solid week scrubbing the floor enough to remove the grime but not enough to lose old paint splats. The walls and windows got a serious scrub down too. Four new chairs are on their way, but it’s such a vast space I’m not sure they’re going to cut it.

Then one evening, Will casually mentions, just before going to sleep, “What about the kitchen table.”

How could I have forgotten? It was one of the only things left at the property: large square, solid wood with metal legs on castors.

When we first arrived, I’d ventured into the mouldy old kitchen to give it a first hoover through and nudged it with my hip. The whole thing just kind of folded in on itself, what felt like all 2 tonnes of it.

Apparently, the aluminium legs were just perched under it and not attached at all, Will dragged it through into the shop and relegated it to the long ‘to-mend’ list.

The following day after his brainwave, Will found a blacksmith in Hayle; I phoned immediately.

Sanny answered and was conveniently at St Ive’s harbour looking at a commission; 5 minutes later, a truck rolled into the courtyard, had a look, declared it fixable and took it away.

This property just keeps on giving, every day a new discovery.

Last week we cleared the bamboo before it engulfed everything using secateurs, shears and an old wheelbarrow we found in the shed that sits under the outside stairwell. It’s almost like a magic shop. Nothing in it is in premium health, but everything’s still functional and usually just what we’ve been looking for.

We’ve managed to rework four old rickety folding chairs we found languishing at the back, a hacksaw, screws, new frames and a repaint later and we have perfectly formed bar stools we can sit in the inside-outside and look out to sea having our morning coffee.

I hope Sanny calls soon. Actually, while I’ve got 5 minutes, I’ll just have a quick look at Loaf. 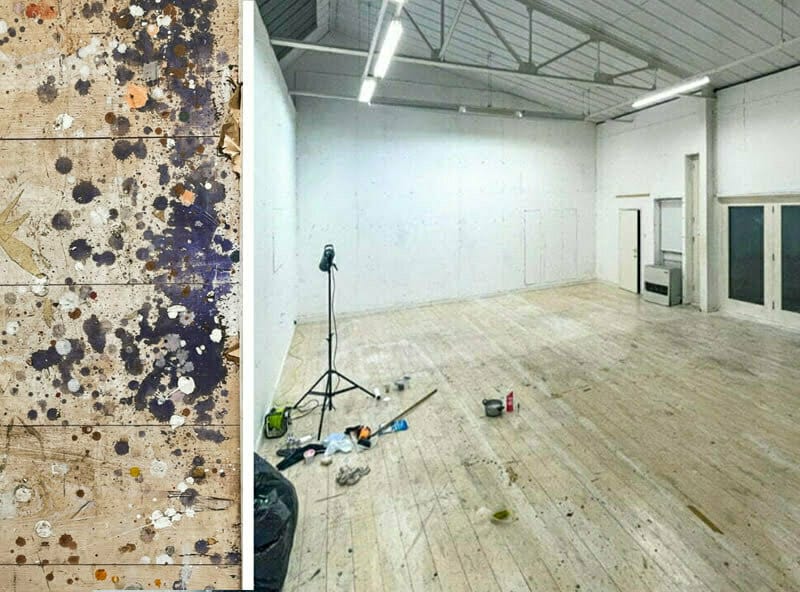 Memories of paintings past, giving the studio floor a sympathetic clean 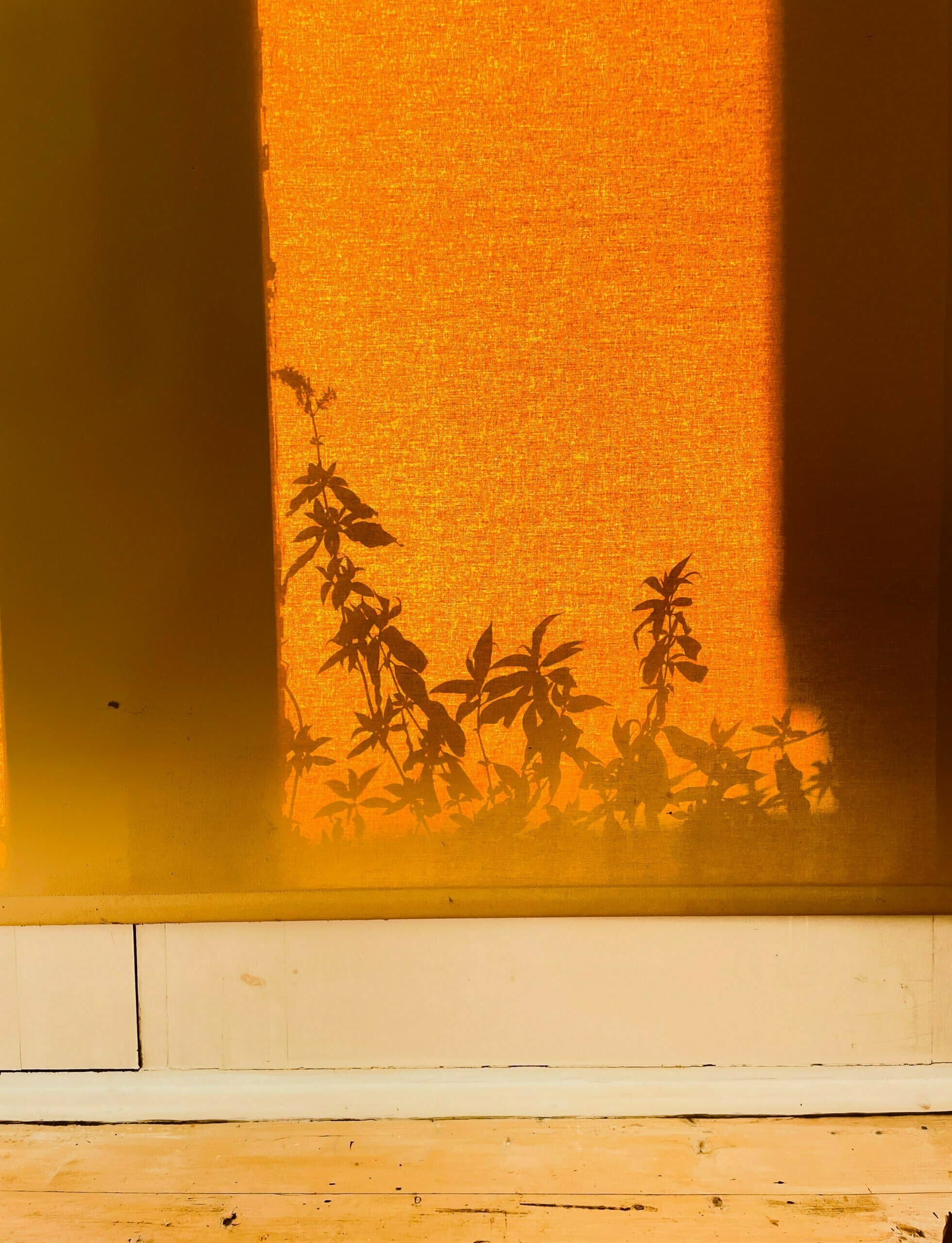 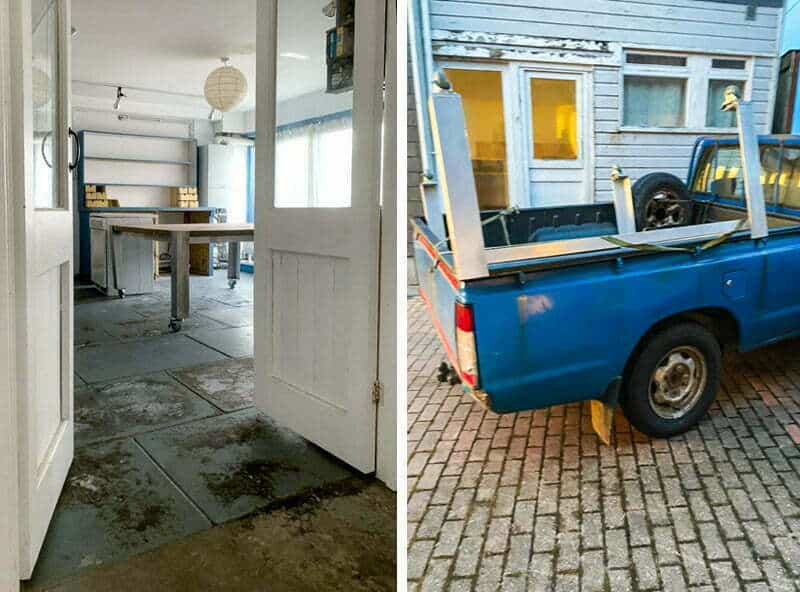 Table pre-collapse, then being driven away with Sanny the blacksmith 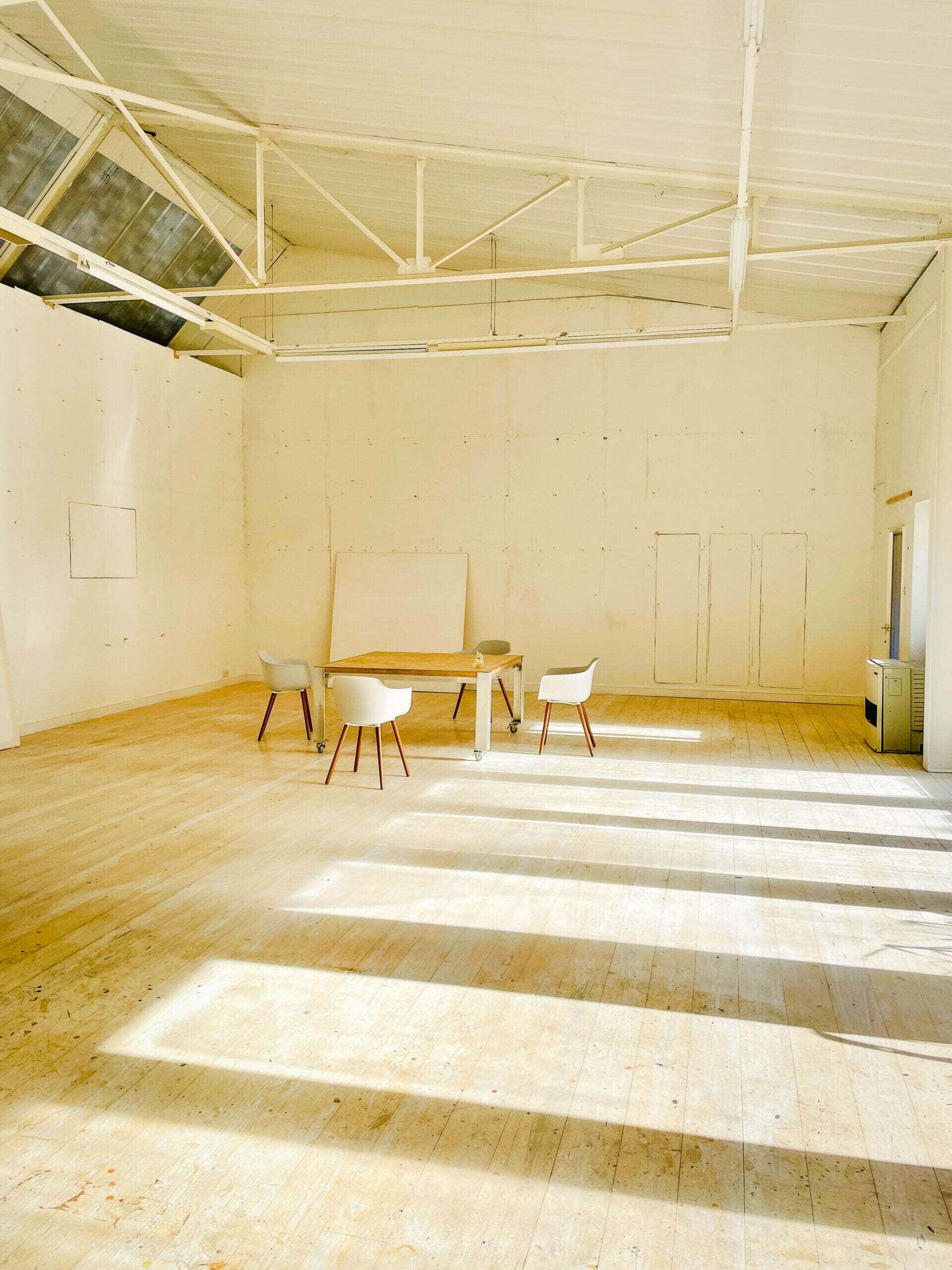 Morning light on the new wheels and 4 new chairs 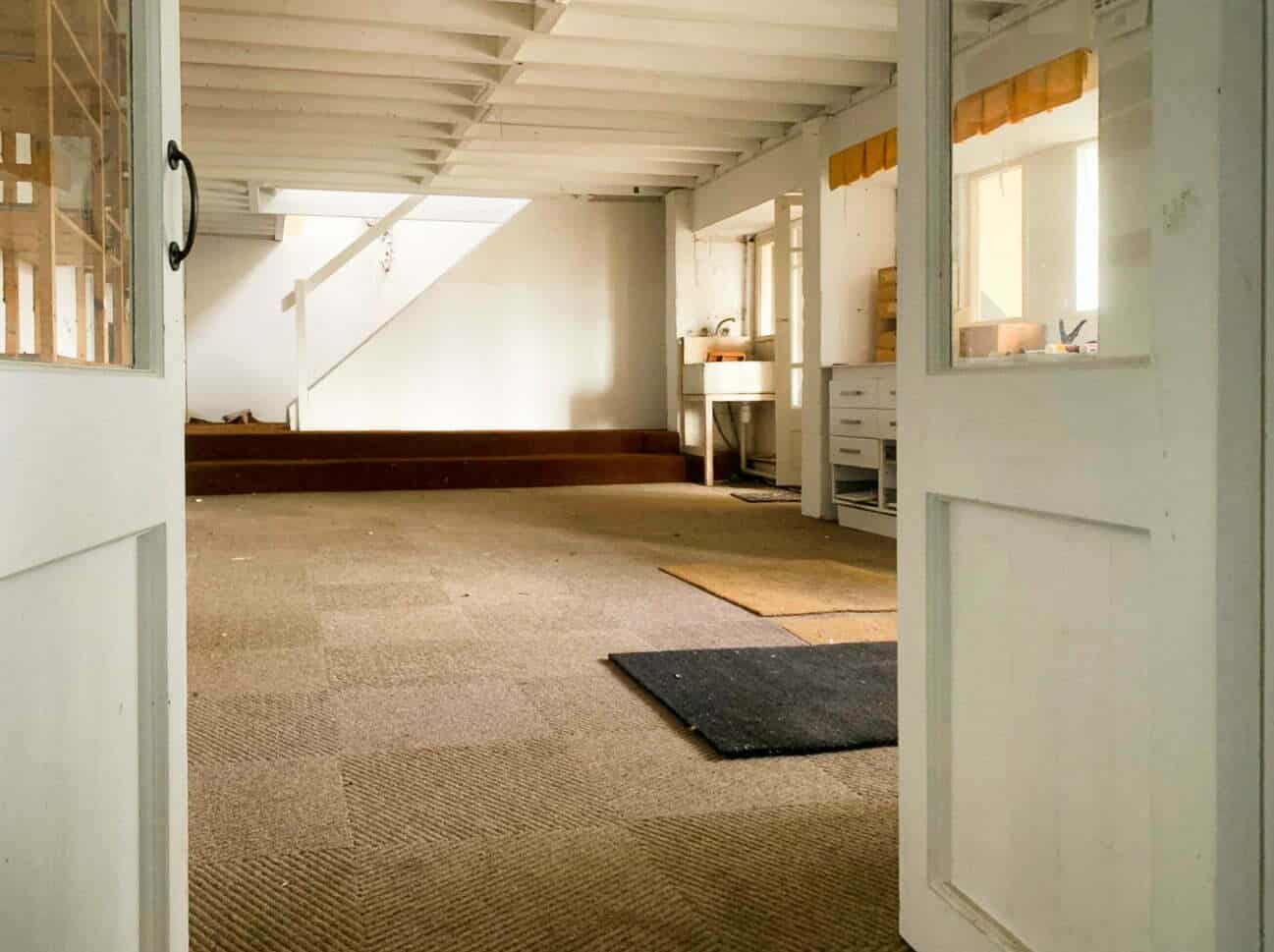 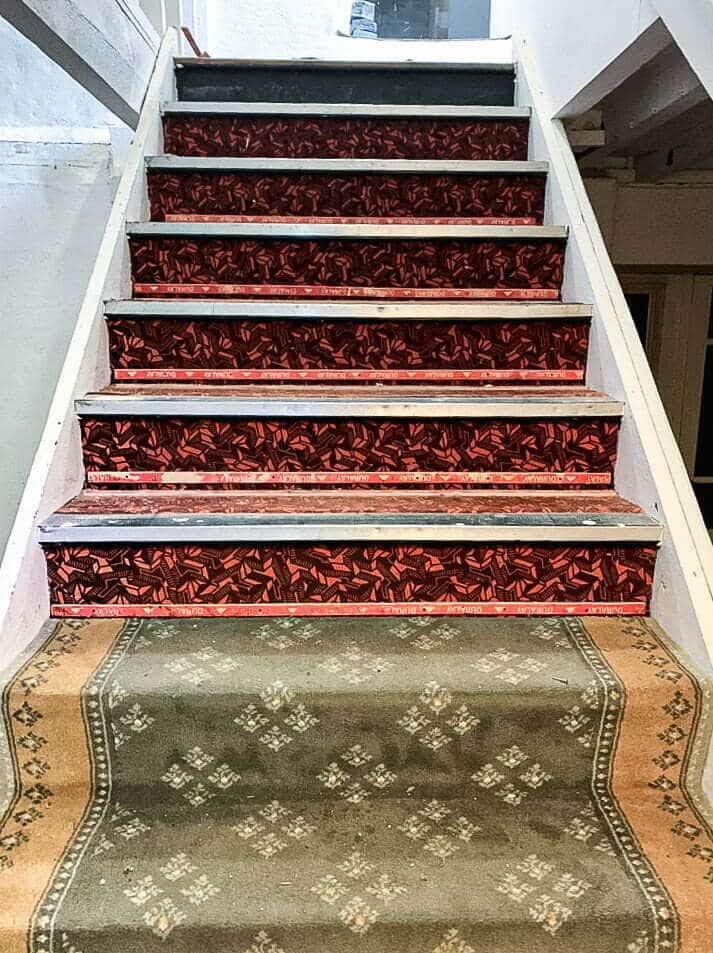 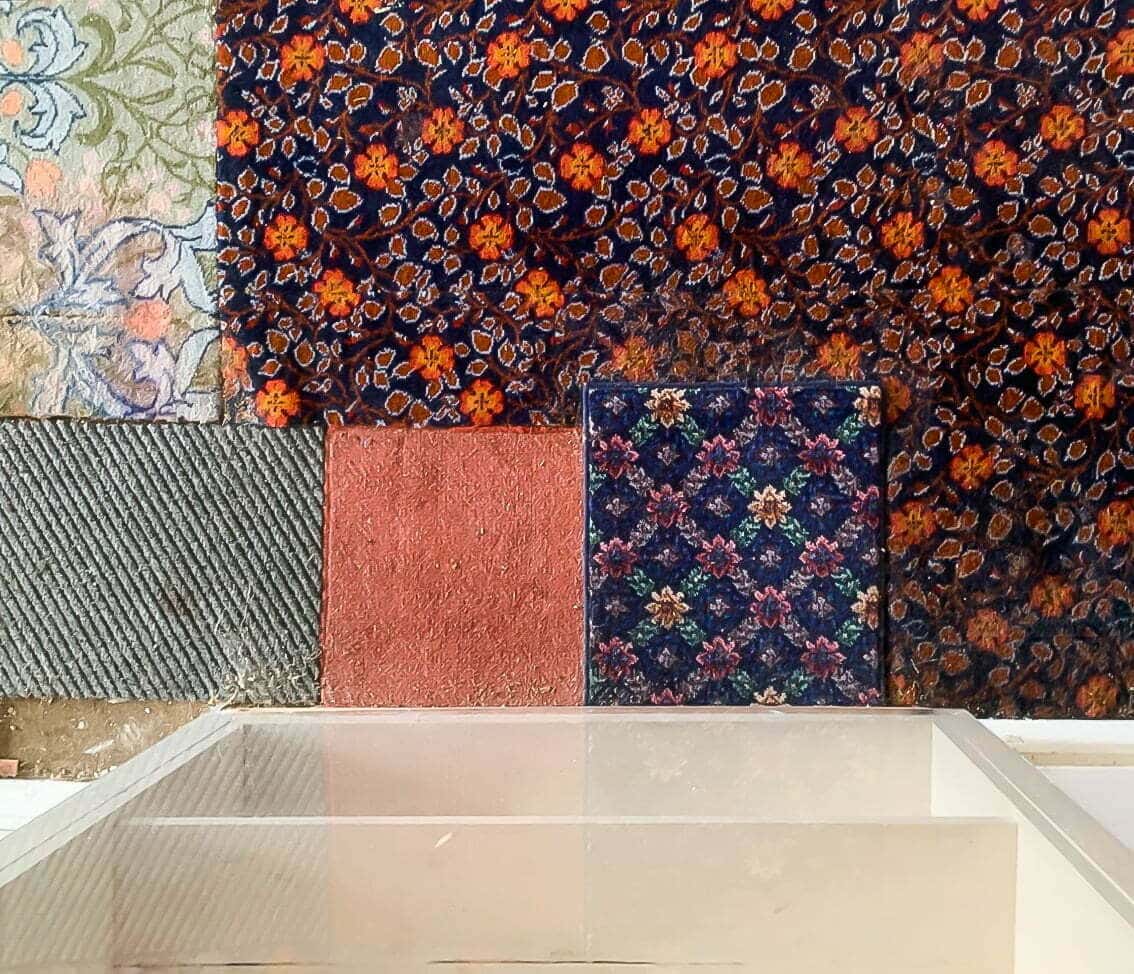 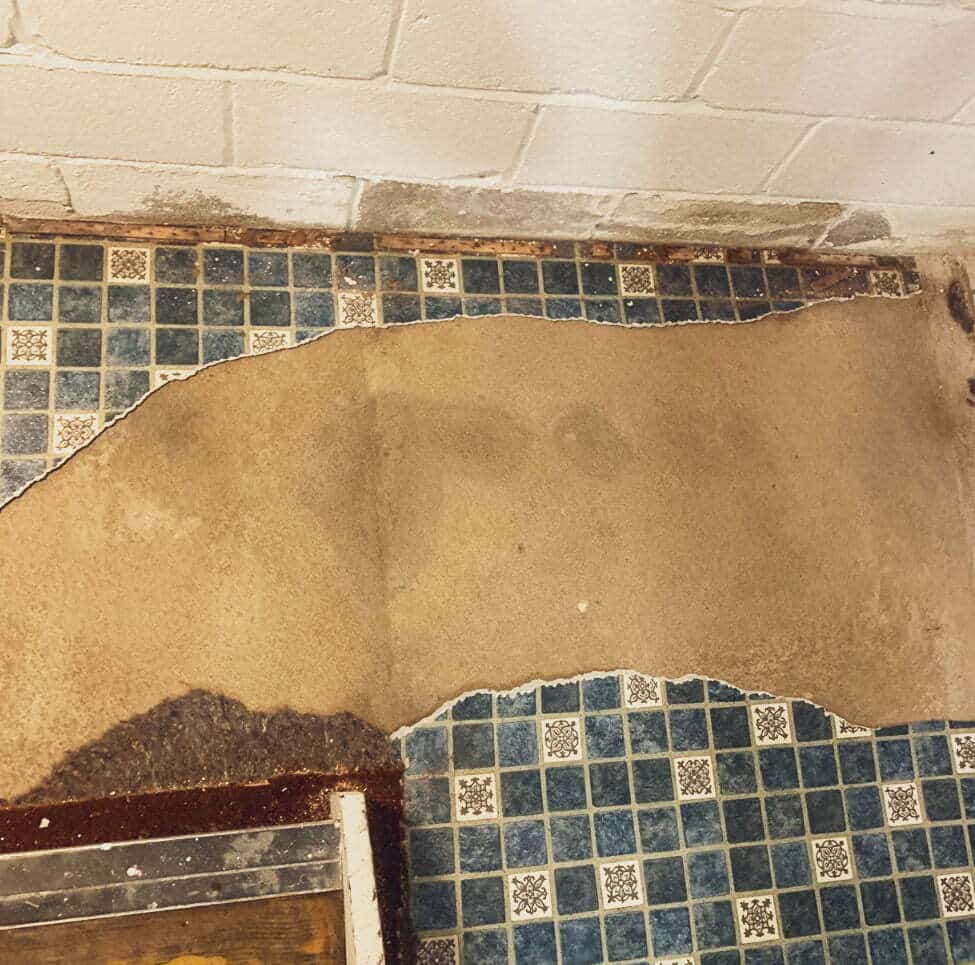 Inside the magic garden shed 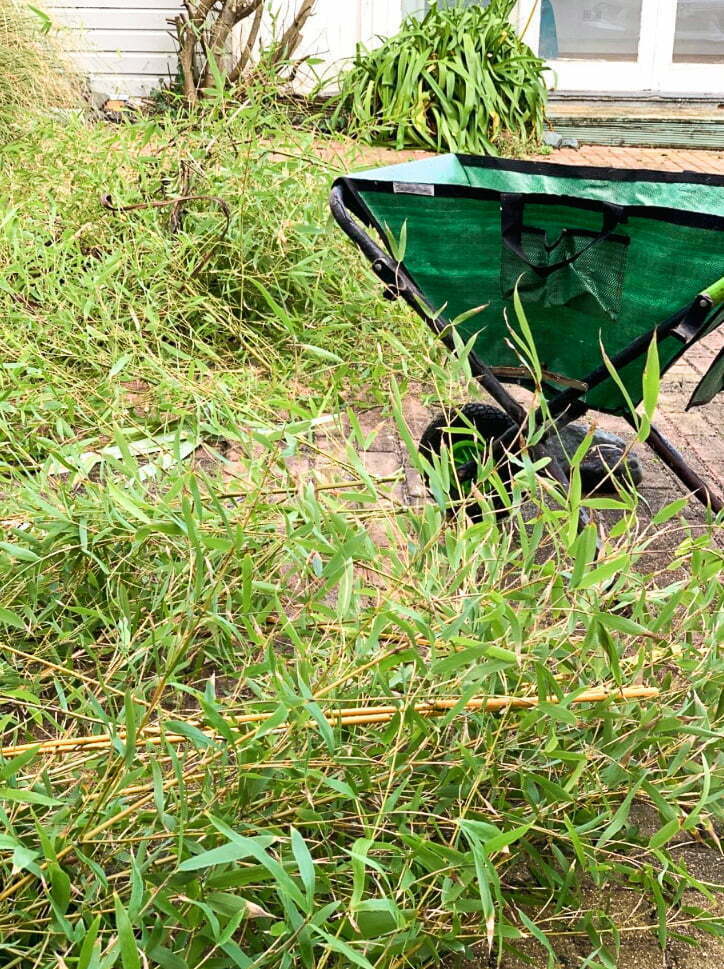 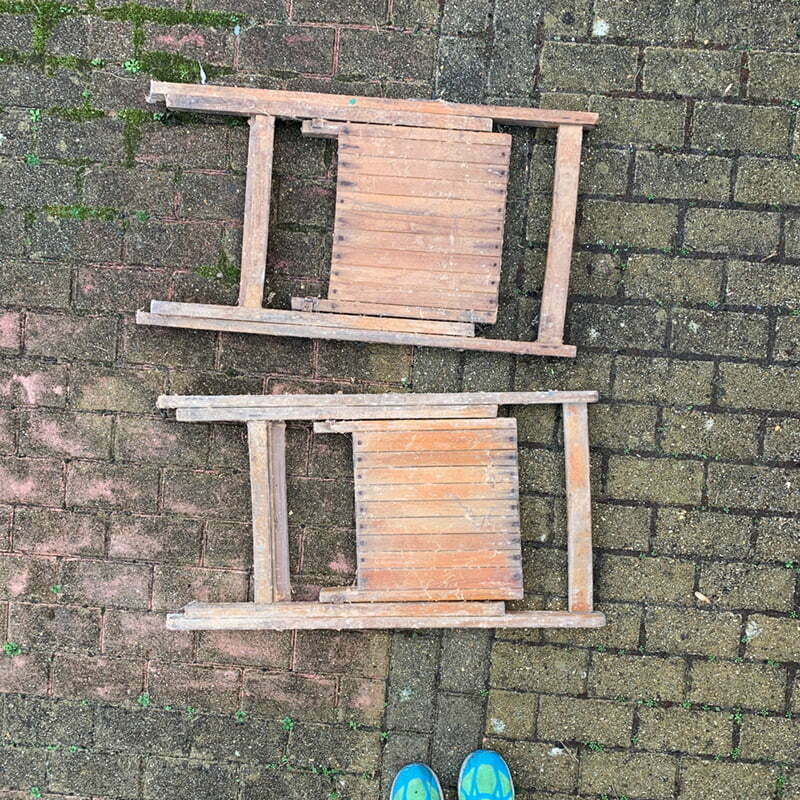 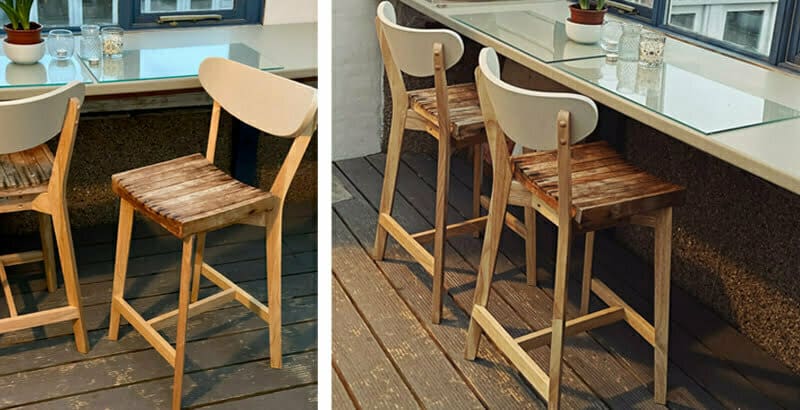 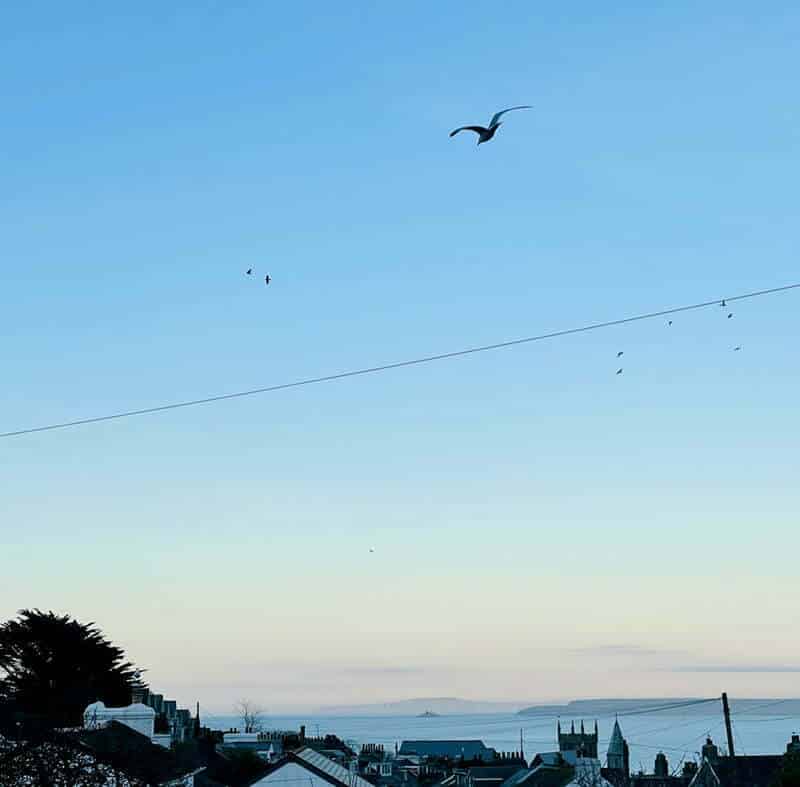 You can read the next update here – March 2021 – First things first, the Annexe